This bean and bacon soup is one of the easiest soup recipes you’ll find, and every bowl is loaded with flavor. If you’re a fan of jalapeño poppers and bean soup, you’re going to love this soup!

And while this recipe shines in the simplicity and flavor departments, it holds its own nutritionally, too. One massive serving has 16 grams of protein, just 200 calories, and one Smart Point if you’re one of my Weight Watchers readers.

I made it a point to get every ingredient from Walmart, which seems to be one of the more widely available grocery stores. That said, you always have the freedom to swap ingredients in and out of recipes. And the beauty of something like this bean and bacon soup recipe is it’s nearly impossible to mess it up. 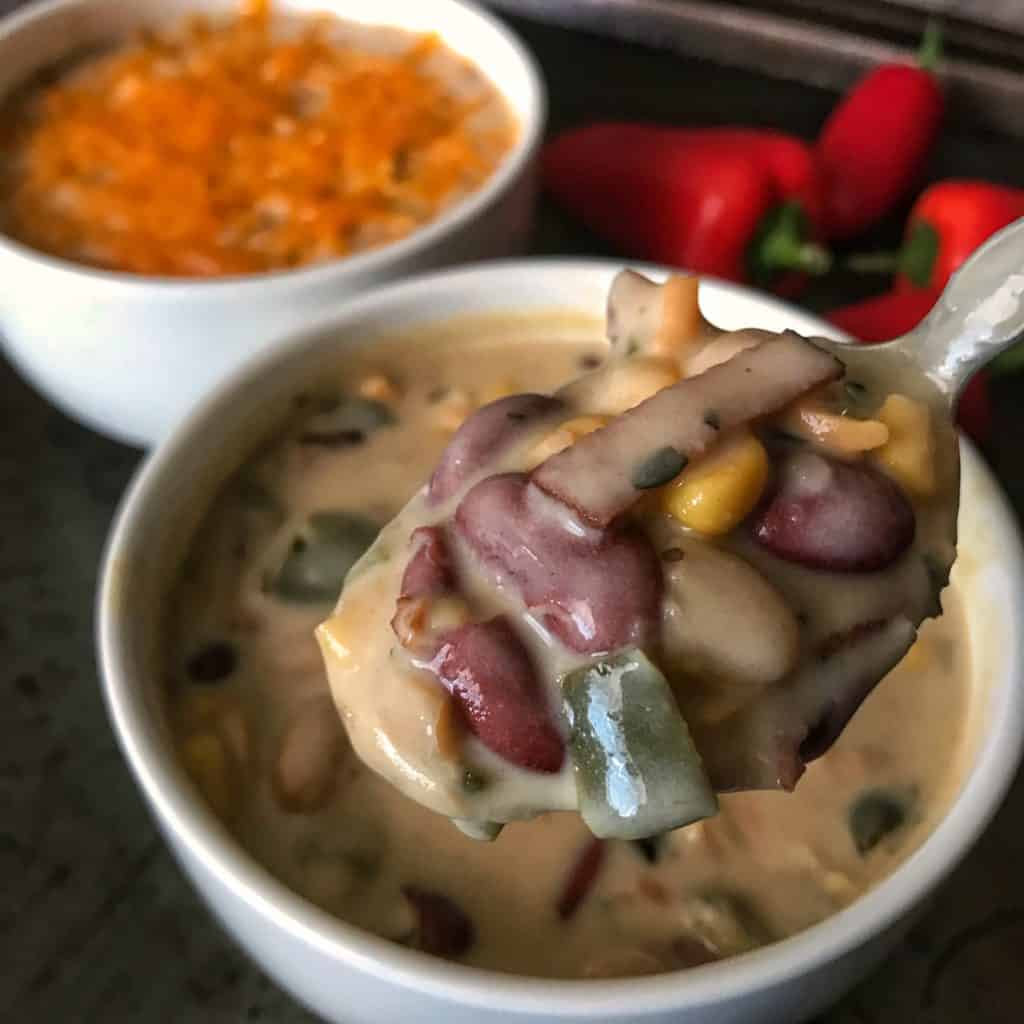 The Broth and Bacon 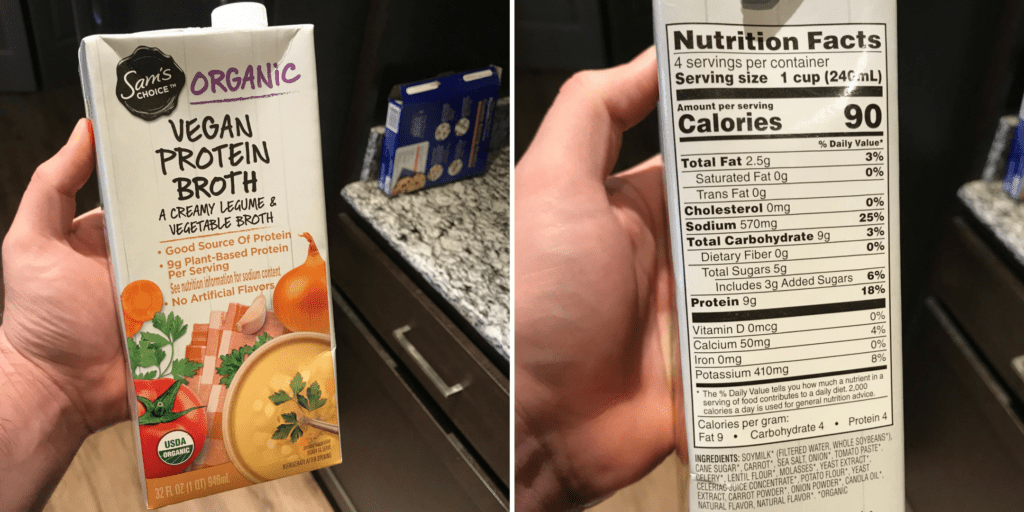 If you have trouble finding it or want to use regular vegetable or chicken broth, that should work fine.

For the bacon, I used pre-cooked chicken bacon both for convenience and because Walmart didn’t have a center cut bacon without a high fat content. I love Private Selection’s (Kroger) center cut bacon if you can find it. You can see in the image below, it only has 4 grams of fat and 7 grams of protein per serving.

The only change you’ll need to make if you use raw bacon is cooking it first before adding the jalapeño peppers. Also, you could probably get away with using less bacon if you go with the center cut bacon. 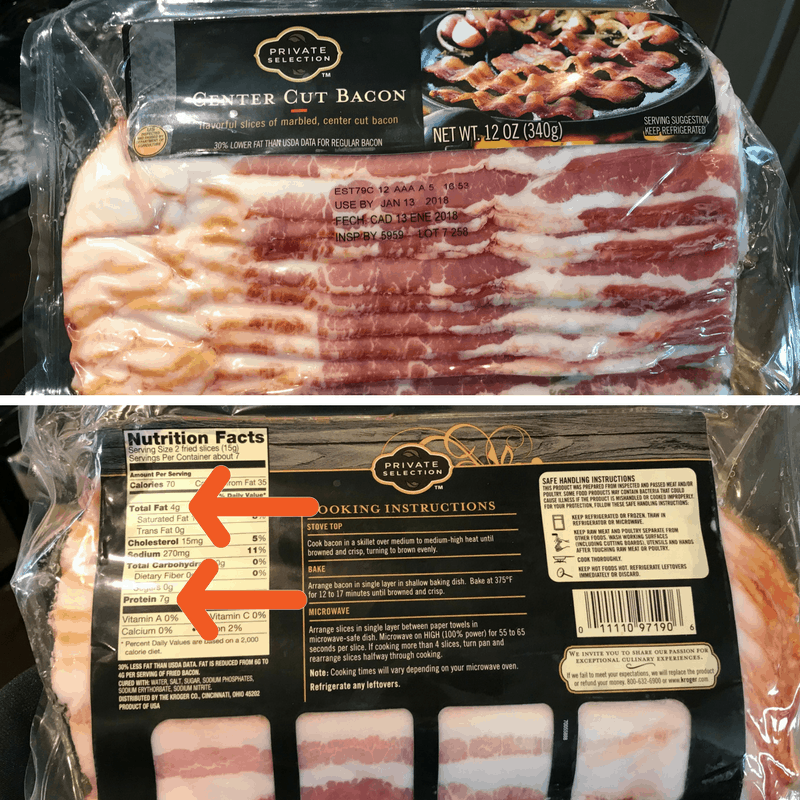 Beyond the bacon and broth, the other ingredients are fairly straightforward. If you wanted to swap the beans for another type, have at it.

Don’t like corn? Leave it out. Want more spice? Leave the seeds in the jalapeños.

If you wanted to add a bit of texture to your bean and bacon soup, check out my low calorie tortilla chips. You could cut them into strips like I did in my healthy taco salad recipe.

And speaking of tacos, you need to check out my Creamy Taco Soup and Chorizo and Chickpea Soup next! 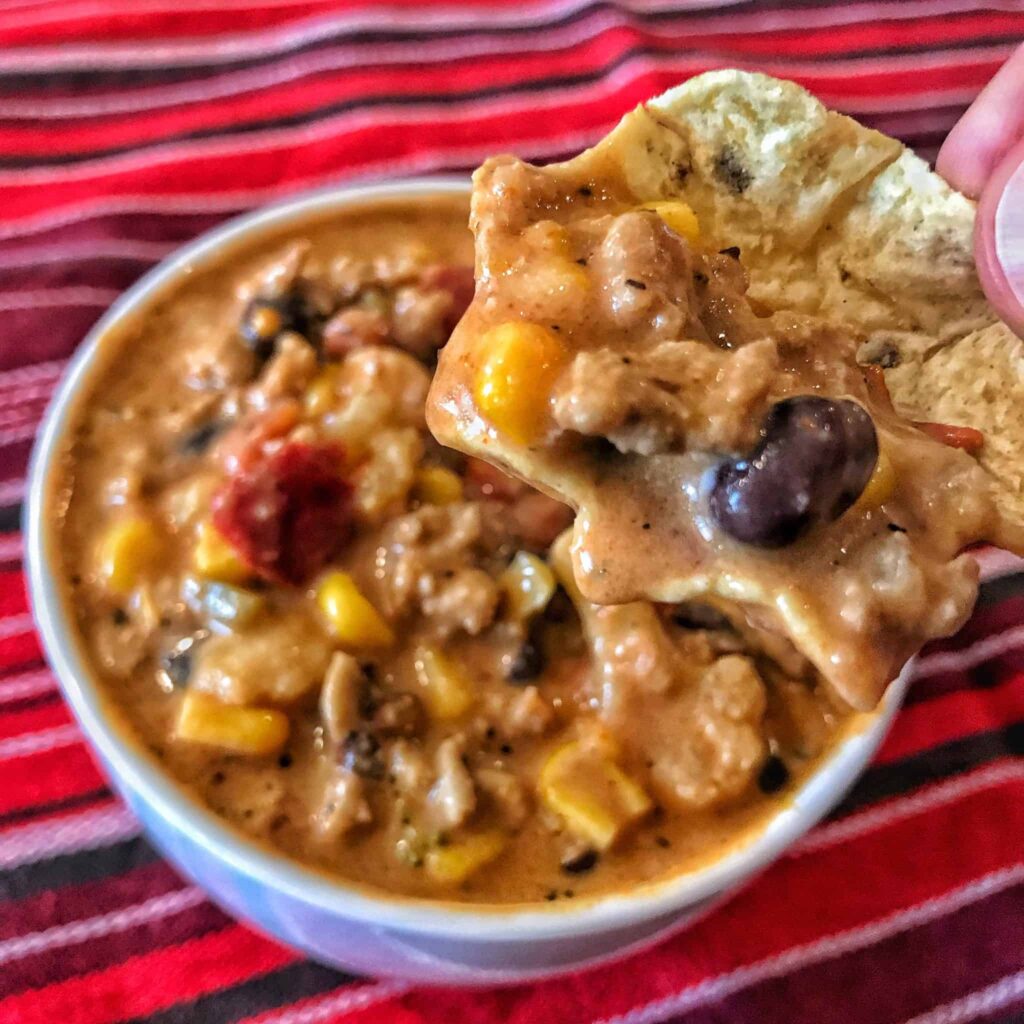 Okay, that’s a wrap. If you try this bean and bacon soup, be sure to tag me in your re-creation on Instagram. I love seeing recipes in action, and I’ll be sure to share it with everyone!

I originally created this spicy bean and bacon soup recipe for Stronger U, a nutrition coaching leader. They’ve helped more than 10,000 people lose over 100,000 pounds, and I recommend checking them out if you have any interest in working with a nutrition coach.