This easy cheeseburger soup recipe comes together in about 30 minutes and has an unbelievable 5 grams of fat, 190 calories, and 4 WW Smart Points per 1-cup serving. It’s super filling, loaded with flavor, and highly customizable.

While the recipe was developed for pressure cookers, I’ve included a few notes on making this cheeseburger soup in a crockpot or on the stovetop. Let’s get into it! 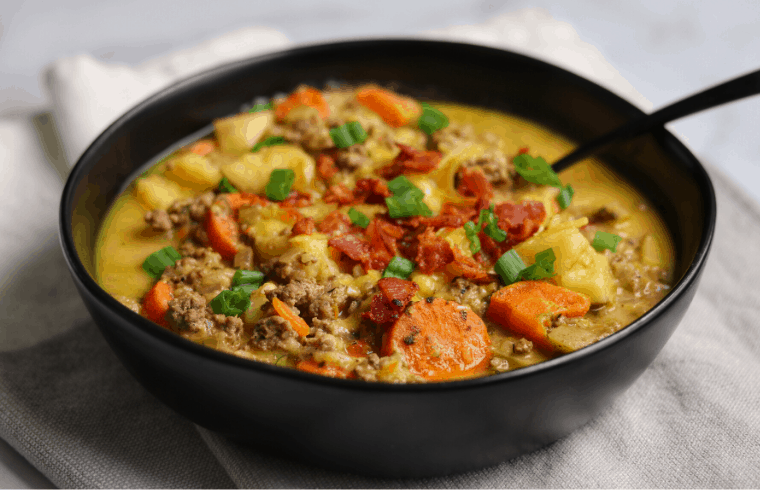 How to Make Cheeseburger Soup

I’ll briefly run you through how to make this cheeseburger soup and give you a few ingredient modification notes along the way. You’ll find a printable recipe card at the bottom of this post. 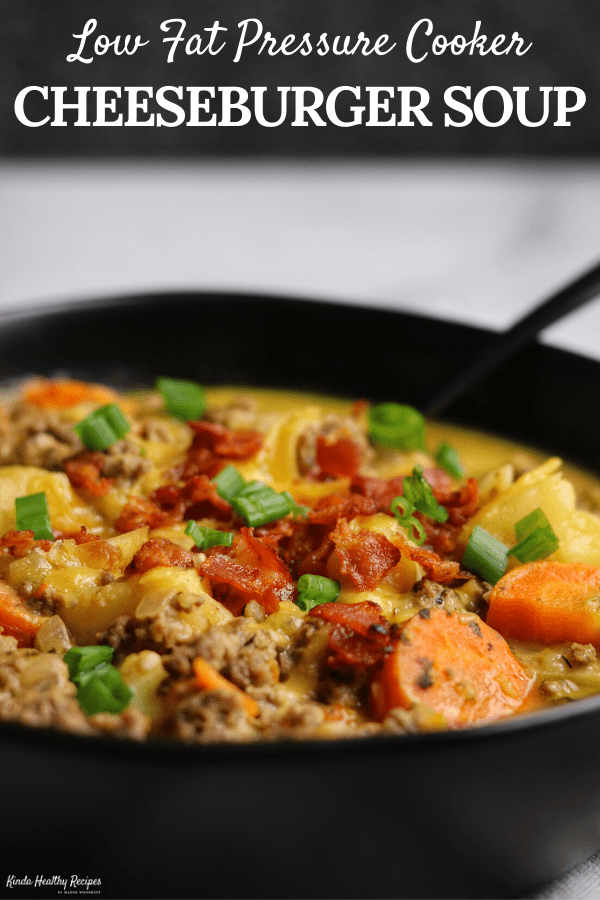 Before we get into the recipe, I’ll point out that I tested this recipe in a 6.5-quart Ninja Foodi. I’ve found the Foodi cooks almost identically to the 6-quart Instant Pot, for comparison. And like I mentioned above, I’ve added a few notes on other cooking methods in the recipe card below.

Note: If you’d like to check out the Ninja Foodi, you can find it along with all my recommended tools and ingredients on my Amazon storefront.

The Beef and Vegetables

This cheeseburger soup is crazy simple. All you need to do to get started is brown some ground beef with a little salt and pepper before adding potatoes, onion, carrots, and garlic.

If you’re team minimal veggie prep, I won’t judge you for buying pre-chopped veggies. You could even used drained canned potatoes like in my loaded air fryer chicken and potatoes.

Potato note: Yukon gold potatoes are a bit softer than russet potatoes or other super starchy potatoes. Those may take a tiny bit longer to cook.

You can get creative in this step. The recipe calls for parsley, ground mustard, and dill weed. You could add some spice via paprika, extra black pepper, or other dried chiles.

I wouldn’t add any additional salt since the cheese sauce is quite salty. Speaking of…

Instead of Velveeta cheese or making a cheese sauce like some traditional cheeseburger soup recipes, I opted for a mixture of fat free Greek yogurt and the magical ingredient cheddar powder. If you’re unfamiliar with the latter, it’s essentially dehydrated cheddar—kinda like powdered peanut butter. I’ve used it to make things like my air fryer cheese bread, healthier homemade Easy Mac, and tons of other recipes. 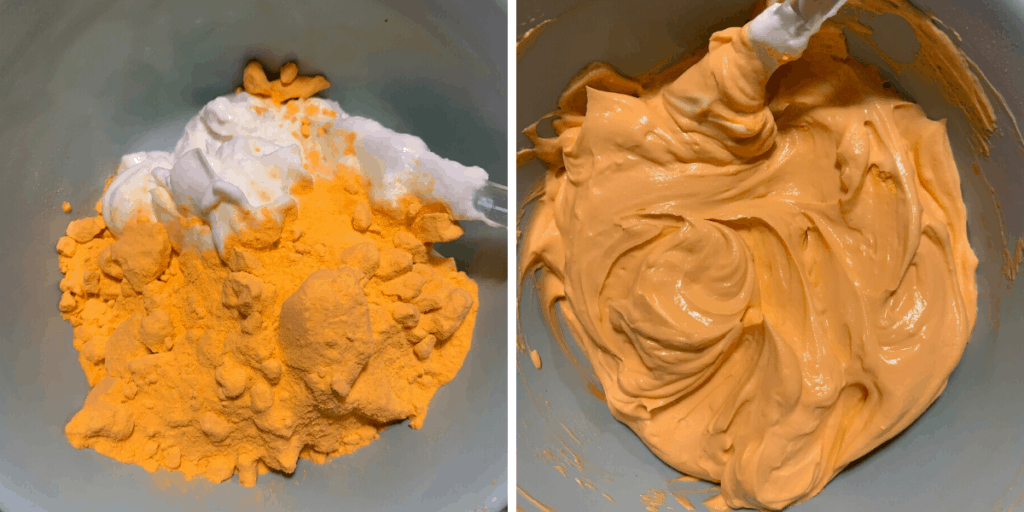 The beauty of using cheddar powder is that you get all the great cheddar flavor with a fraction of the fat and calories. When mixed into a cup of Greek yogurt (400 calories total) like in this cheeseburger soup, you’d need over 10 ounces of real cheddar (1,100+ calories) to create the same amount of volume!

It’s easiest to order cheddar powder online but if you’re in a pinch, the cheese packets in boxed mac and cheese are similar. You could also try these cheddar powder alternatives:

Once you’ve got your cheese sauce sorted, simply add it to the cooked soup and stir. That’s it, you’re done! 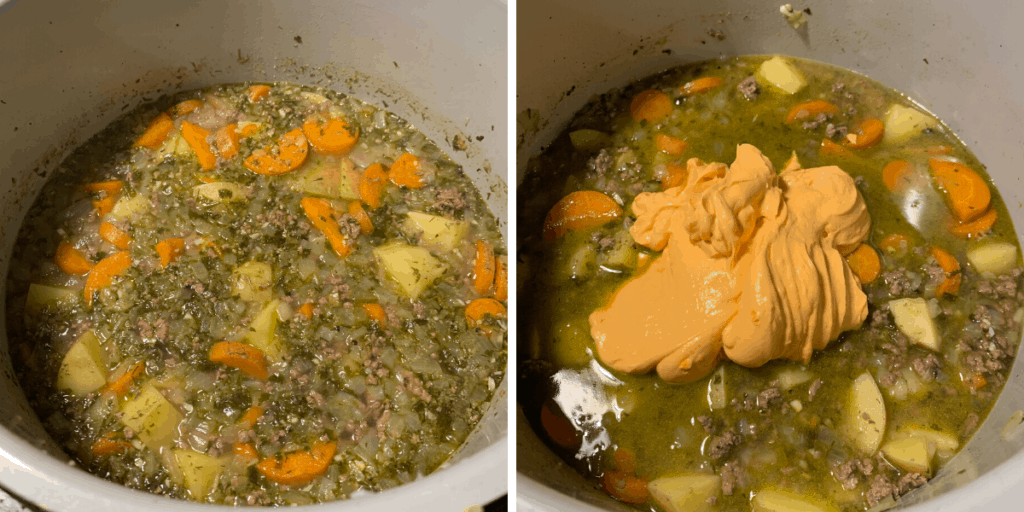 While my cheeseburger soup cooked, I pan fried a few slices of bacon and diced a bit of green onion to throw on top.

In case you’re wondering about omitting certain veggies, I’ll say the recipe should work with just about any modification. The only thing to watch out for is adding too much chicken broth relative to the amount of beef and vegetables. Too much broth in the cooked soup will make it difficult to incorporate the cheese sauce evenly.

Similarly, I wouldn’t try throwing cheese straight in the soup in place of some kind of cheese sauce. You’ll likely end up with stringy cheese instead of a smooth cheeseburger soup. 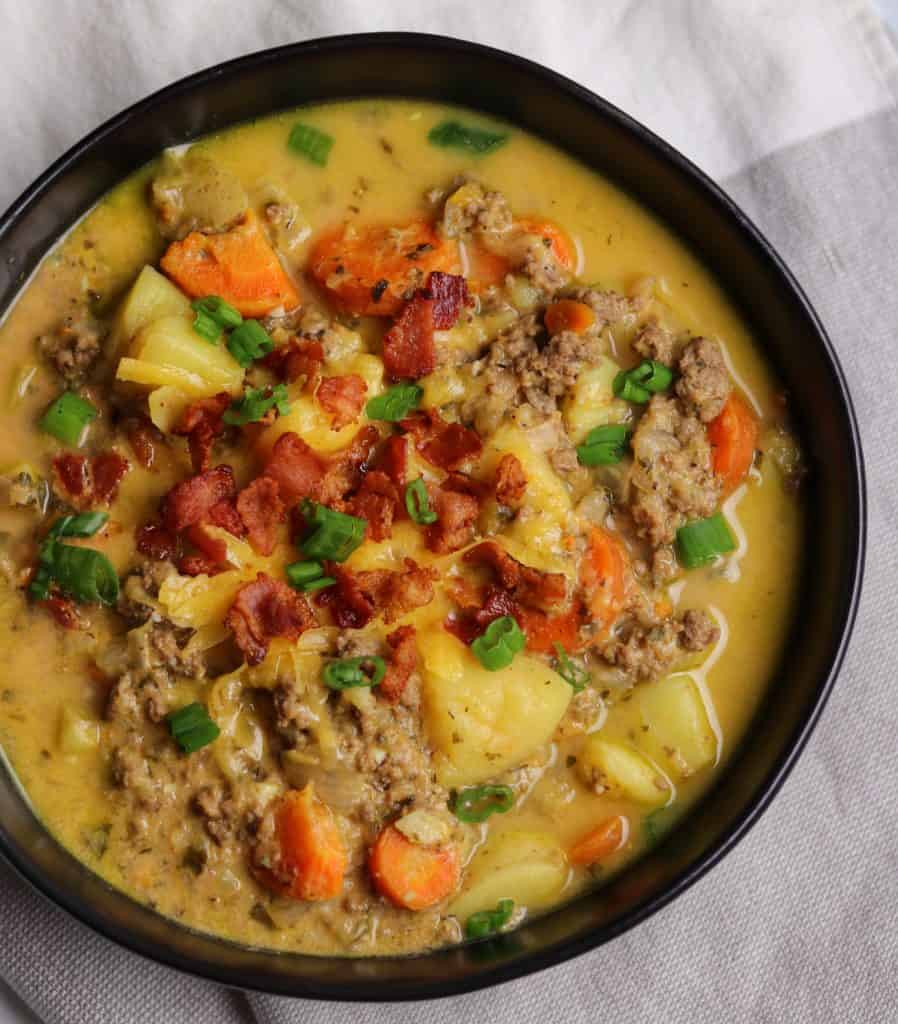 And finally, dairy free ideas include a blend of the nutritional yeast mixture I mentioned above and something like vegan yogurt, cashew based cream cheese, or other creamy DF products. I’ve seen several members of my Facebook group recommend Siete’s vegan queso product as well.

Okay, that should cover it. If you have a question about this cheeseburger soup I missed, leave a comment below or join the group I mentioned above with 10,000 other healthy home cooks that would love to help you out!

**For ingredient notes about cheddar powder replacements, making this soup dairy free, and more, see the post above. 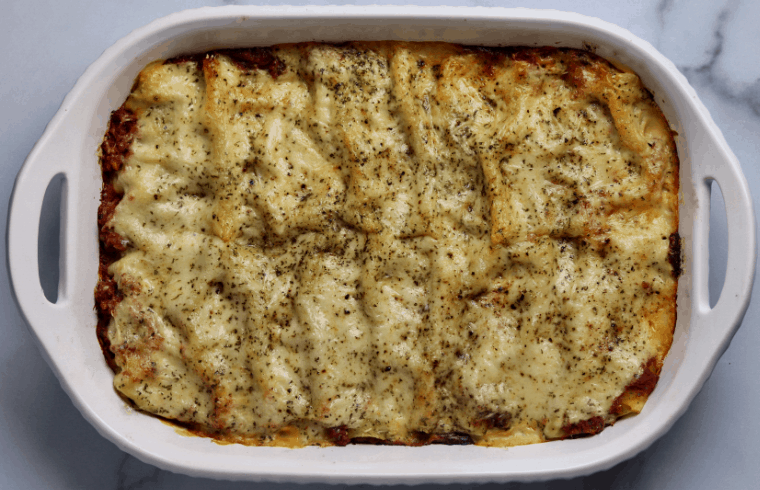 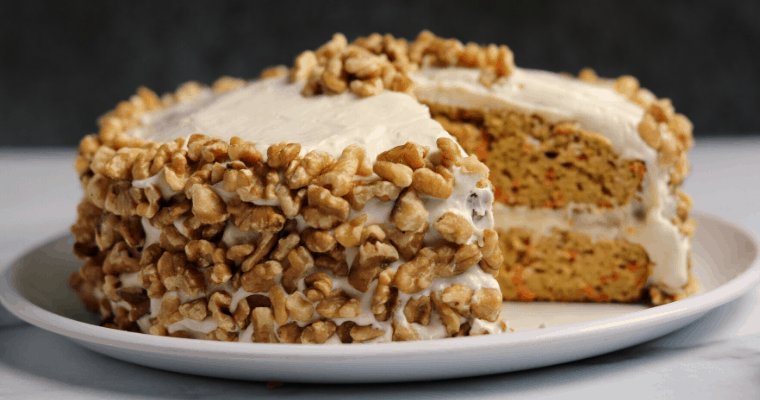 I was in the mood for soup, but my husband unfortunately doesn’t care for it much. So I asked him what kind of soup he’d be most likely to eat. He said “cheeseburger soup “, so I went on a hunt for a healthy version and found yours. I was a bit skeptical about adding the yogurt and cheddar powder to the mix, but it was fantastic! Even when warmed up for leftovers, we enjoyed it ! Thanks for creating great recipes in healthy ways!

Thanks for believing in the magic of cheddar powder. Happy to hear you could curb your soup craving and keep the husband happy!

We added frozen mixed vegetables to this with 1 Yukon potato. It was amazing! Our normal Cheeseburger vegetable soup will now be replaced with this. We liked it even better than the Velveeta laden version and this has half as much fat

That's great to hear! And I'll have to try adding more veggies to my next batch. Thanks for giving this one a go.

LOVED this recipe! I subbed out the potatoes for cauliflower because I knew the serving size would not be enough and I needed to keep an eye on my carbs. Needless to say, I didn't miss the potatoes at all. Tasted fantastic! Another adjustment is I added just a touch more of the powdered cheese to amp up the flavor.

Thinking about making this again this week.

This was my first Mason recipe and from there I was hooked! The cheese powder is genius and I have found many other uses for it. I have made this so many times, it never gets old!

This was my first Mason recipe and from then I was hooked! I made 12 bites opposed to 24 and they are so quick and easy to pop in the microwave from frozen. My five year old loves these!