After the popularity of my Everything Bagel Protein Pop Tarts and Chocolate Peanut Butter Protein Pop Tarts, it only makes sense to continue making Kodiak Cakes recipes. They’re just amazingly simple for how great they taste and their stellar nutrition breakdown. These chocolate cinnamon rolls, for example, have roughly 12 grams of protein and fewer than 140 calories each. And the entire recipe only calls for six ingredients!

If you’ve tried any of my protein pop tarts, you can probably jump right into the recipe. Otherwise, I’ll cover a few recipe and ingredient notes next. 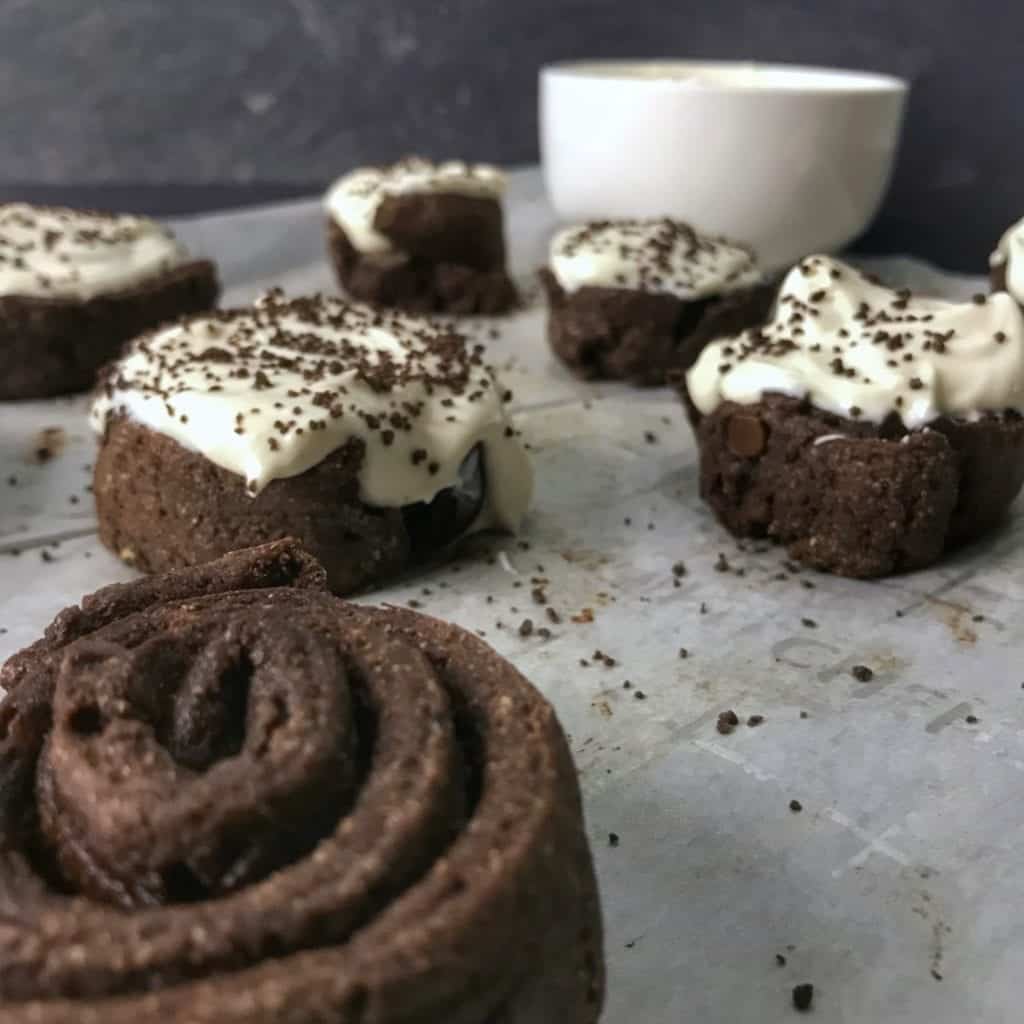 What You’ll Need for This Chocolate Cinnamon Rolls Recipe

The base cinnamon roll recipe only calls for four ingredients.

While it’s possible to substitute for the Kodiak Cakes, it takes significantly more ingredients to make a comparable dough and would pretty much be an entirely different recipe. So, I recommend using the Kodiak Cakes (or a comparable baking mix) only for these chocolate cinnamon rolls. 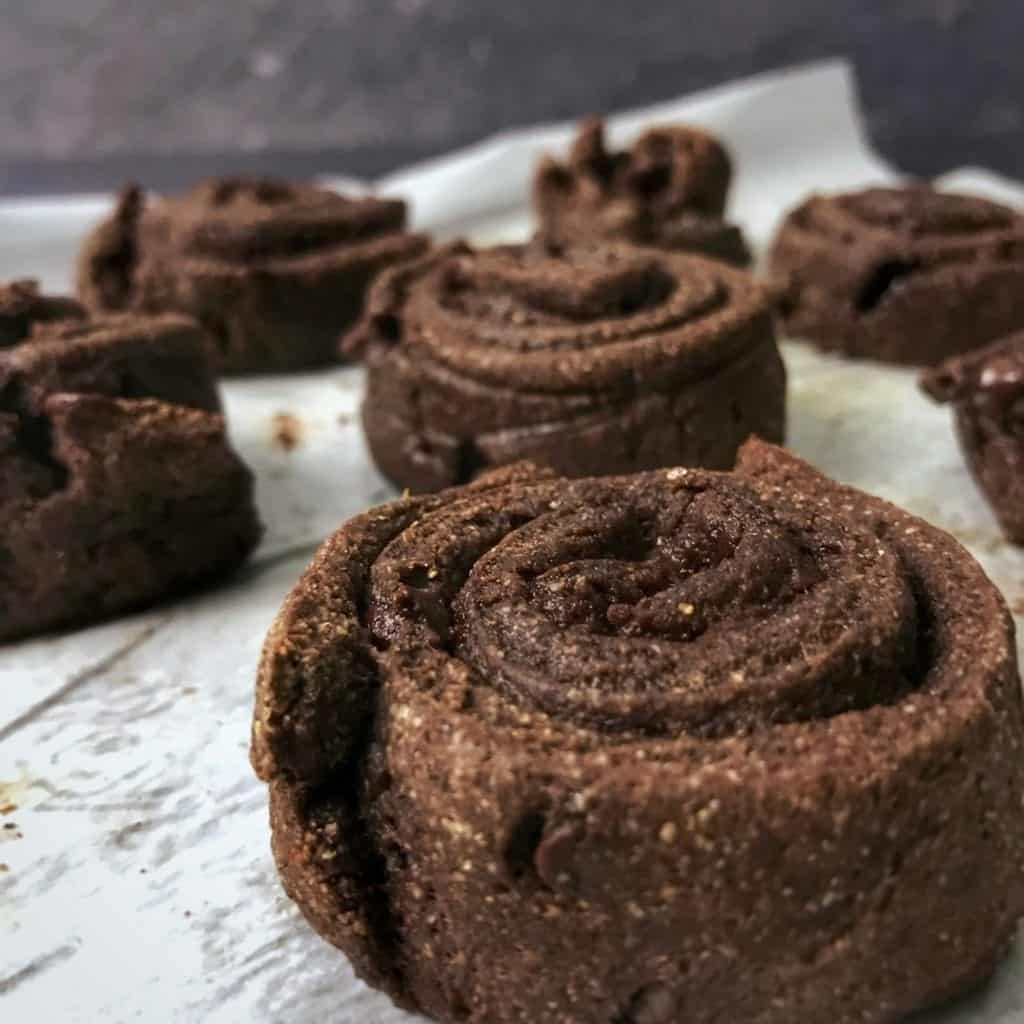 If you’re wondering what the heck Swerve is, it’s a calorie-free sugar substitute. It’s by far the best tasting sugar substitute I’ve tried, and the powdered (Confectioners) blend is amazing. You can read more about Swerve in the notes of my microwavable high protein chocolate banana bread recipe.

For the cream cheese, you can substitute 1/3 fat or even full fat cream cheese if you can’t find fat free. The recipe as-is makes quite a bit of frosting. So if you use a higher calorie version, you could get away with using two ounces instead of four.

How to Make Chocolate Cinnamon Rolls

The process is pretty straightforward for this recipe. You’ll need to mix the pancake mix and Greek yogurt together to form a dough before rolling it flat on a baking sheet.

After that, it’s as easy as cutting the dough into strips, mixing butter and cinnamon together, rolling the dough, and baking. 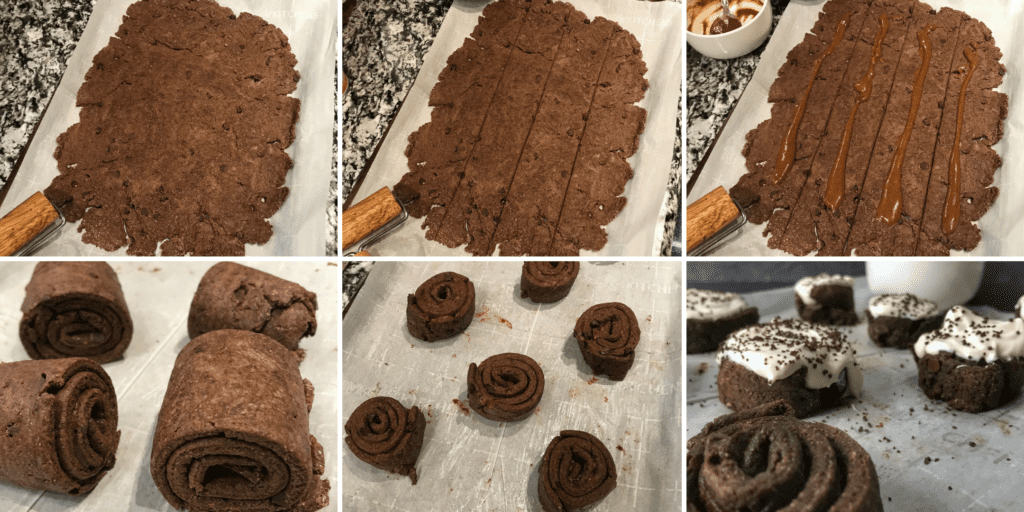 The video below from my everything bagel protein pop tarts will give you an idea of what the dough looks like as you form it. In the recipe notes, I mention it will look like you need more Greek yogurt as you form the dough. You can see what that looks like in the video.

All right, that’s about all ya need to know. Below you’ll find the full chocolate cinnamon rolls recipe.

When you try these chocolate cinnamon rolls and love ’em, I would love to hear about it. Take a picture of your re-creation (#picsoritdidnthappen) and tag me on Instagram. I’ll be sure to share it with the world! Or if you’re more active on Pinterest, I’d appreciate you pinning the image below.

Thanks in advance and thanks for reading! 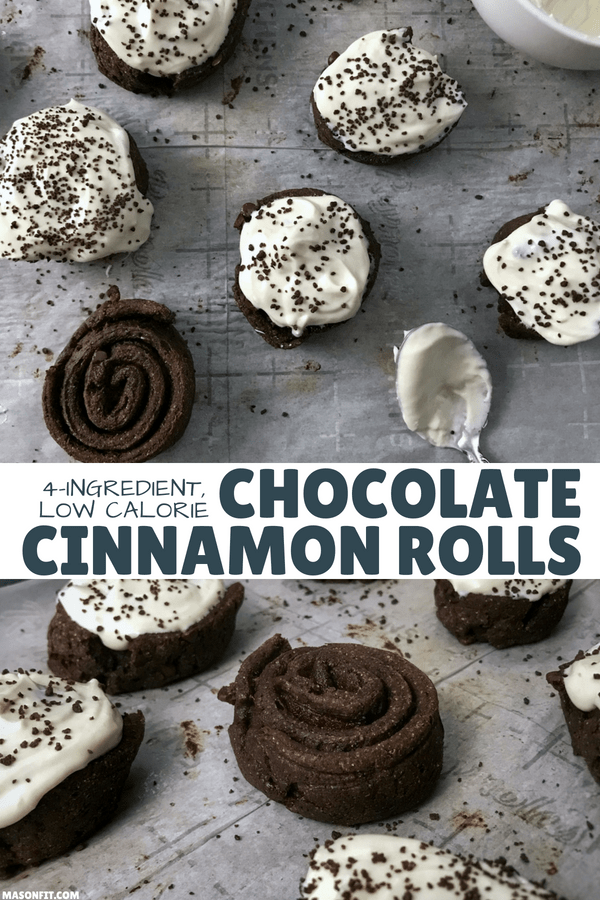 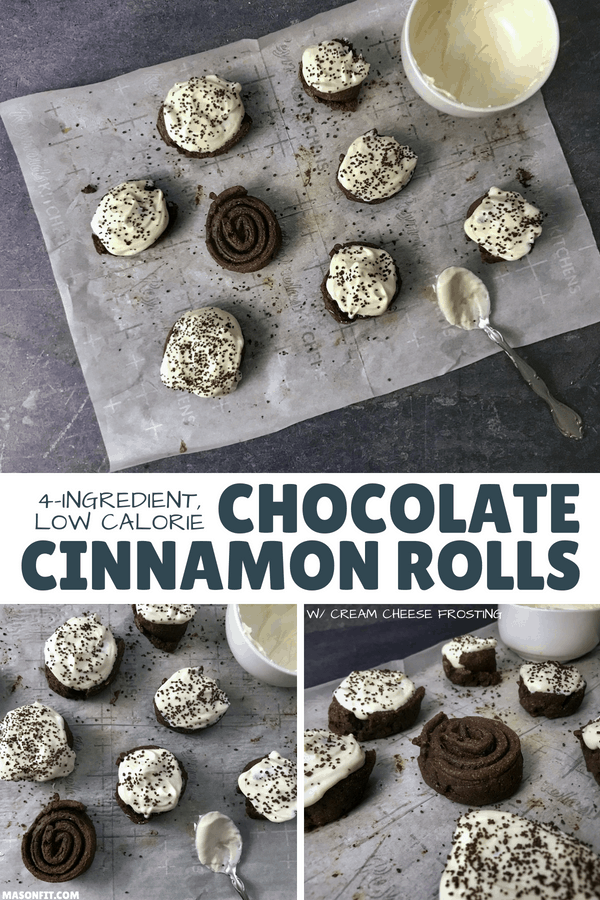 This is definitely one of my favorites. The hardest part about the entire recipe is not eating them all at once. I’ve prepped these for the week many times and used a small portion for snacks or sweet cravings, or as a light breakfast before the gym! You HAVE TO TRY! Super easy to make and I did it in my little microwave oven!

Delish! These are so easy & quick to make. They are satisfying my evening sweet tooth. I love all the pictures and additional instructions. Definitely recommend this recipe

These are amazing with Dark cocoa powder, not overly sweet but the frosting compliments perfectly!!

These are the first recipe I’ve tried from Mason and I thought for sure I would completely mess them up. The recipe was so easy to follow and they came out great! They feel like real cheat meal!

Hey I run an account for wellness on instagram (@livfiteatwell). I love your page! Have a blessed day, these are an amazing idea! Love them! I love your ideas and recipes!