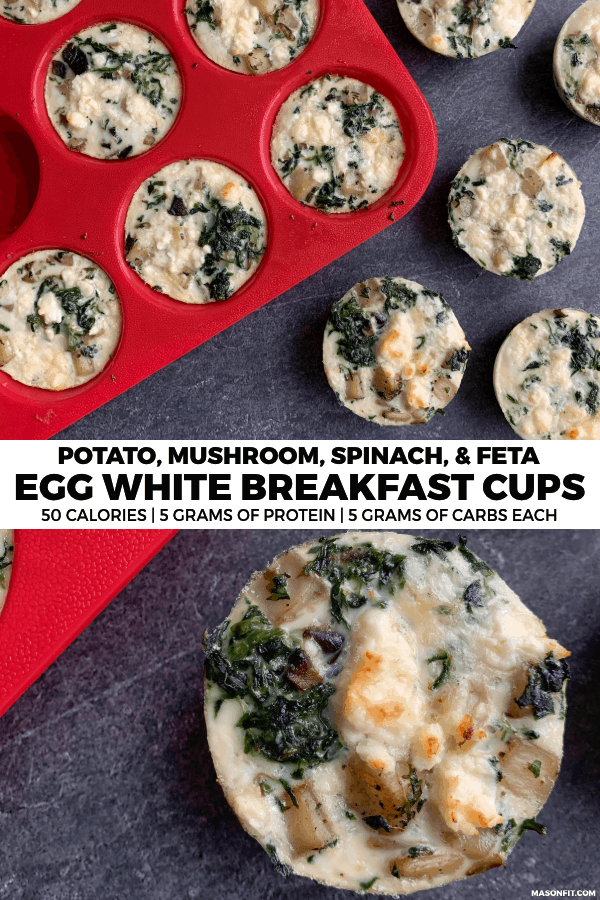 Ingredients for These Egg White Cups

To make things as simple as possible, the recipe calls for convenience forms of every ingredient. I’ll briefly cover the ones you might have questions about modifying.

You may raise an eyebrow when you come across canned potatoes in the recipe card below. I first used canned potatoes in my loaded air fried chicken and potatoes recipe and have been hooked since. They’re perfect for quick recipes because you don’t need to do any chopping or cooking to soften the potatoes. For another recipe to make with canned potatoes, check out my chorizo con papas breakfast quesadillas.

That said, if you’d rather use fresh potatoes, peel and finely dice them to cook for a few minutes until soft before adding the mushrooms. If you didn’t want to peel the potatoes, you could use baby gold or Dutch yellow potatoes like I used to make breakfast potatoes in the air fryer. They’re softer and creamier than russet potatoes.

The recipe calls for frozen or canned chopped spinach for convenience (and because, Popeye).

If you wanted to use fresh, you’ll need to cook the spinach over medium heat until it begins to wilt. Then remove the spinach from the heat to cool and chop. 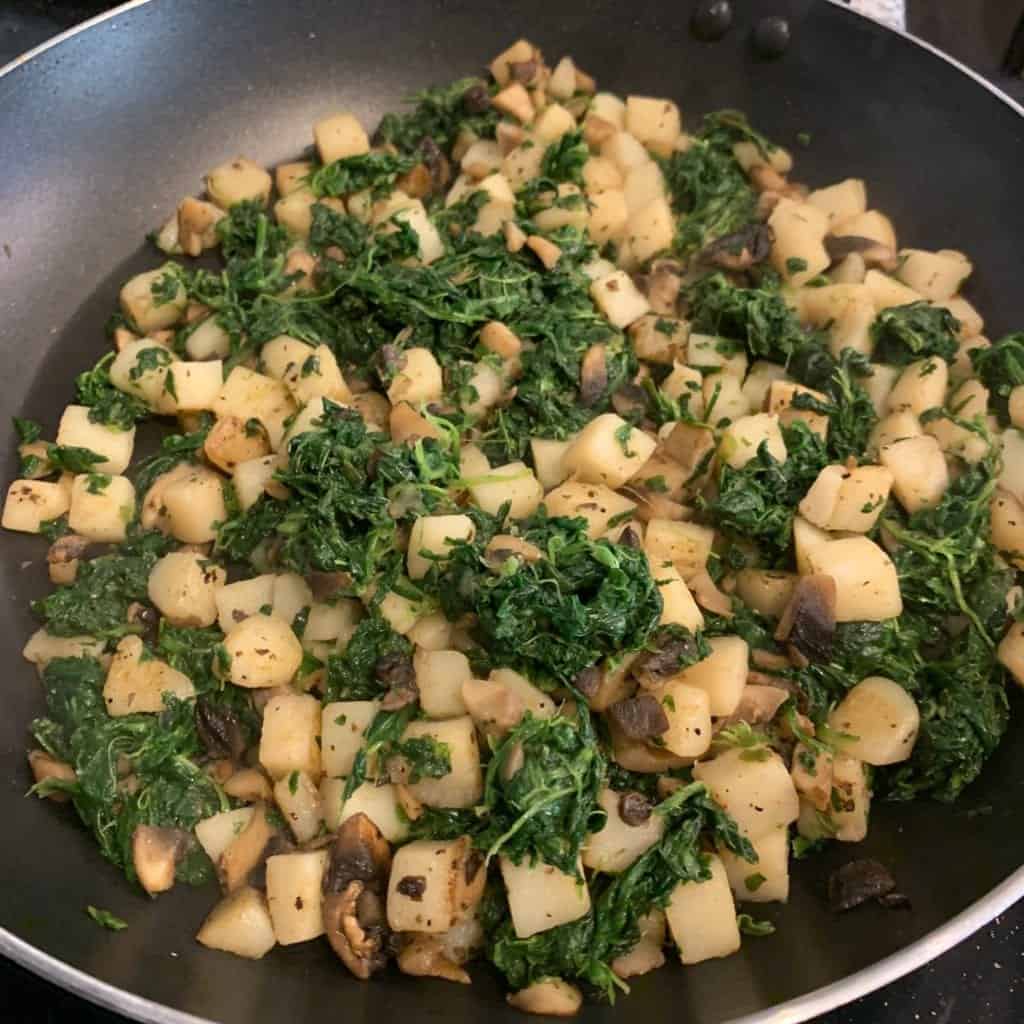 This is the only fresh ingredient the recipe calls for, but you could certainly use a canned version of sliced mushrooms if you’d rather. If you go this route, be sure to fully dry the mushrooms before adding since the canned versions retain even more moisture.

Liquid egg whites are just so darn easy for these types of recipes, and it would be a shame to waste 9 egg yolks. That said, if you wanted to use whole eggs, that would work great.

A large egg usually weighs around 70-80 grams. So, to replace the egg whites with whole eggs you could whisk 5-6 eggs together. 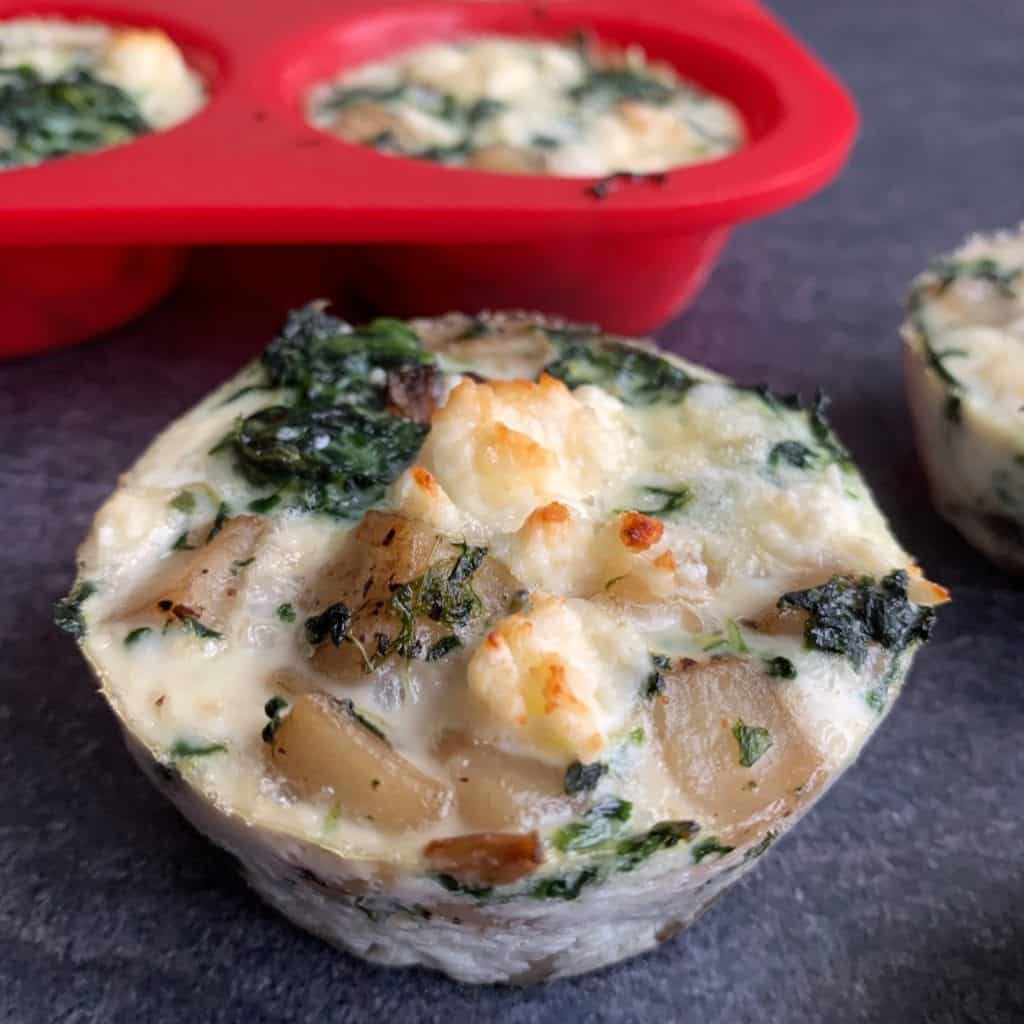 I would highly recommend tasting the potato, mushroom, and spinach mixture before going in the muffin tin to assess the level of seasoning. The feta cheese will add some saltiness and slight flavor but if your veggies are bland before going in, your egg white cups may be lacking in the flavor department.

Okie doke, that’s all I have for you. You’ll find the full recipe card below.

If you make these egg white cups, I wanna see ’em. Take a photo and tag me on Instagram @mason_woodruff or join my free Facebook group and share it with the Proton Party.

If you’re looking for something with a bit more volume, my southwest sweet potato breakfast hash is super filling and loaded with veggies as well. 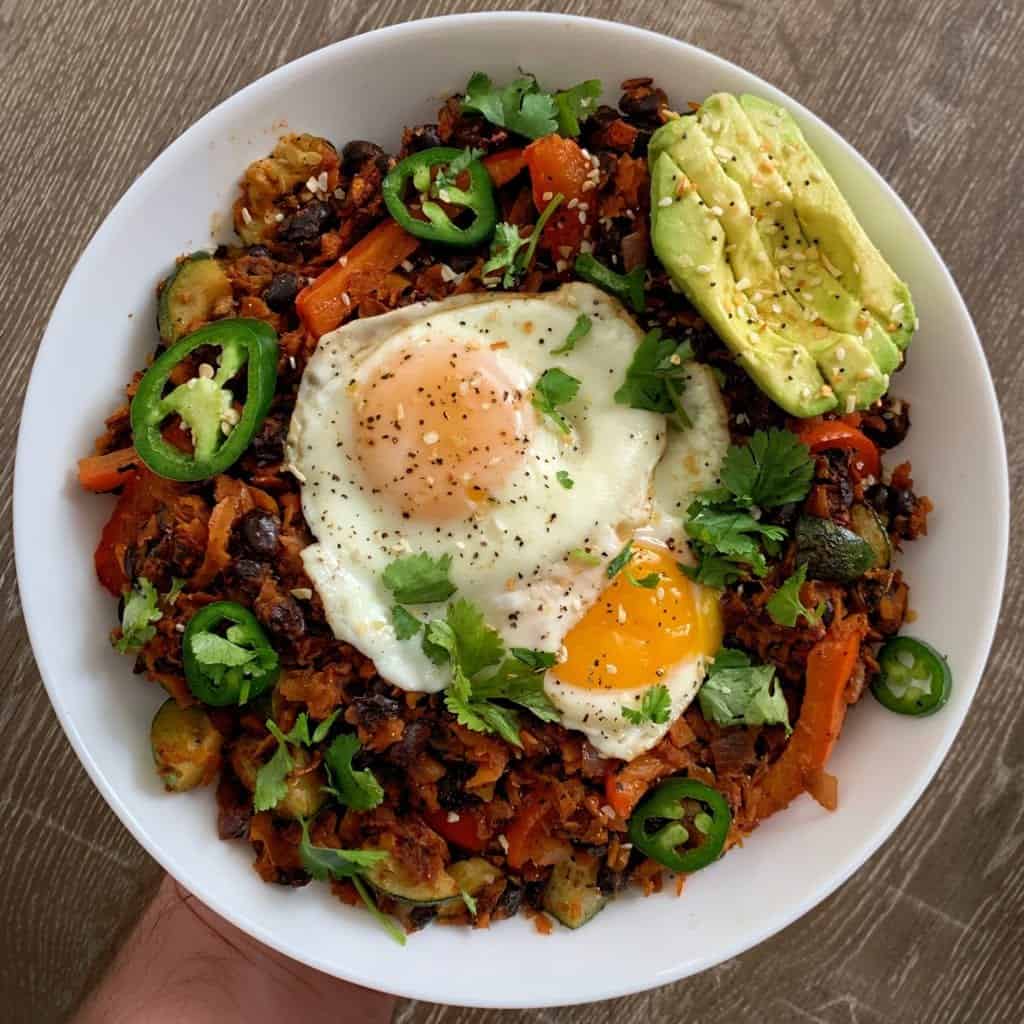 And if you’re looking for a breakfast to feed a crowd, my egg and chorizo breakfast casserole is a reader favorite.

No subbing needed here! I still have these in my fridge and I absolutely LOVE popping one or two in the microwave in the morning for a filling part of breakfast! A little bit of ketchup too - perfection. For my egg white bites I added 1/2 cup of cottage cheese to the mix to try to get them to a consistency similar to that of the Starbucks red pepper egg white bites. I used a whisk attachment on my Kitchen Aid and tried my best to whisk the egg whites into the cottage cheese. It didn't work super well - I still had some cottage cheese clumps in the end, but they still taste delicious and I don't have any issue with textures so they're all good for me! I'm still on a quest to figure out how to get my egg white bites to resemble the Starbucks ones. I don't have an instant pot - I think that might be the key but if anyone has any suggestions let me know!

I make these for weekday breakfasts to grab and take with me to work! I really like them too because I know I'm getting in veggies at breakfast, which I sometimes struggle with (especially on work mornings). I usually do 300 g of egg whites and 2-3 whole eggs and I also do onions (frozen usually because easy duh!) because I do not care for mushrooms. Plus, I don't have a silicone muffin pan so I cook it in a regular pan and cut into squares. Pop them in containers or wrap in foil and they're easy to grab on my way to work! Yummmm.

These are my go to meal prep breakfast. All my coworkers ask me about them. I’ve had to send the recipe to several people because they say that they look and smell so good. I’ve made a double batch and they’ve stayed good in the fridge all week. I’ve also used half a can of potatoes just to cut out some of the carbs and they’ve still come out really good. I do use a ton of seasoning on the potatoes when I cook them just to add some more flavor. Overall, a definite favorite!

I subbed canned potatoes for the pre-chopped cubed potatoes in the bag. I love feta and spinach together so I didn't change anything other than the addition of turkey sausage. Due to the extra ingredient I did end up with a few more egg cups than the original recipe. If you do not already have them, I highly recommend silicone baking cups/trays when baking egg cups or you will spend days scrubbing your metal tins. These reheat really well in the microwave. I like to top with a tiny bit of Sriracha just for a little extra kick.

This first time I made these I ate them nonstop for two weeks! I used fresh potatoes, substituted feta for blue cheese, and totally omitted the mushrooms. These keep well in the fridge or freezer and heat back up perfectly each time.