I’ve talked about this before, but I’m not the biggest fan of actual s’mores. They’re not the healthiest snack, and they are terribly messy. S’mores as a flavor for other desserts, on the other hand, is an entirely different story. Take this microwavable protein blondie, for example, which is one of my favorite high protein s’mores quick fixes.

My affinity for s’mores flavored desserts knows no limits. If you think I’m joking, here’s a list of s’mores-inspired recipes I’ve published over the past two months.

The ingredient notes for this recipe are the same as my double chocolate banana bread. So if you’ve already tried that recipe, you can skip to the recipe.

You’ll find this recipe has a very short ingredient list, just how I like it. The only ingredient notes I have for you here are on the fat source and the optional sweetener.

If you’re familiar with my recipes, you know I typically recommend stevia as a zero-calorie sweetener option. I still love stevia and use it regularly, but I understand that some don’t enjoy the taste. So, I’ve been experimenting with other low-calorie sweeteners and have fallen in love with Swerve’s confectioner’s blend. 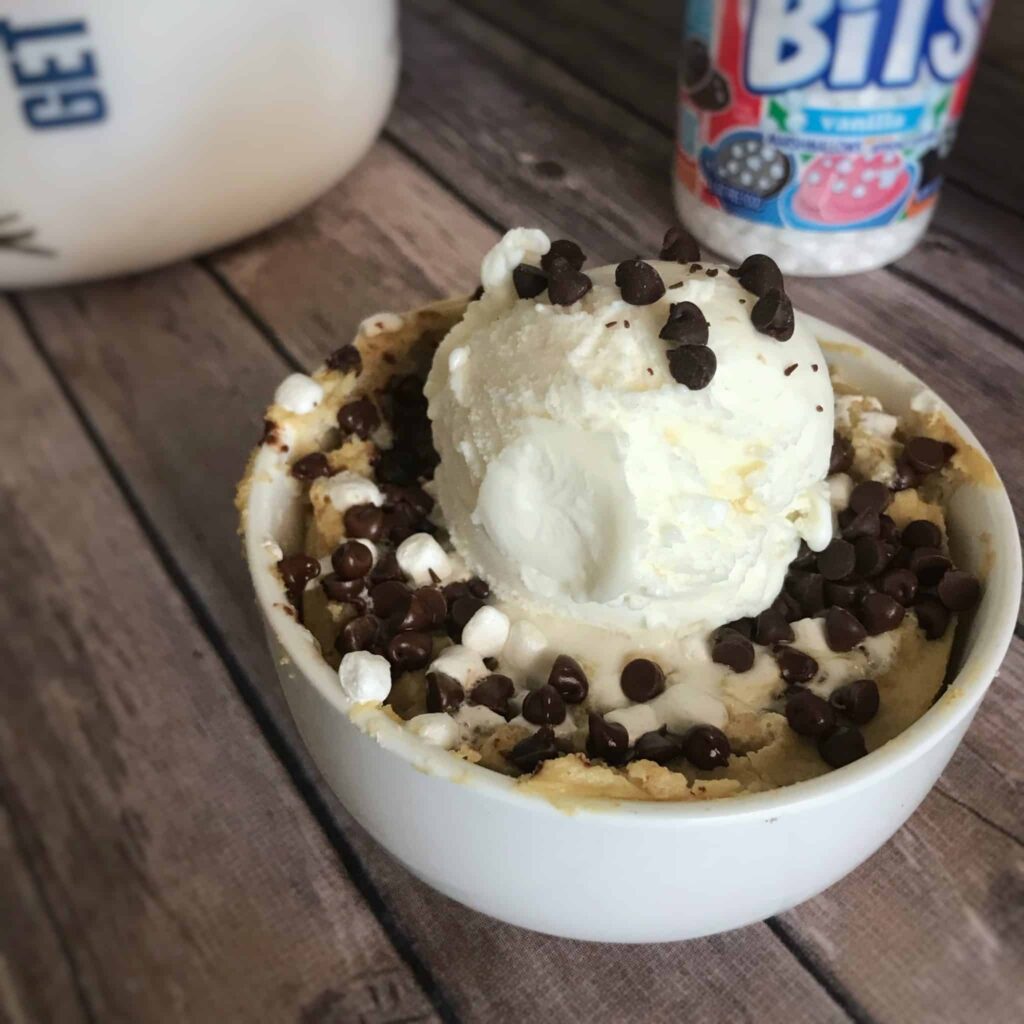 Swerve is a sweetener that subs 1:1 for sugar and is made from erythritol and oligosaccharides (similar to the IMO syrup I used for the homemade quest bars). If you don’t have an issue with artificial sweeteners, I would highly suggest picking some of this up. So far, I’ve found it works a bit better in baked recipes than stevia. I got mine on Amazon here.

And yes, I’m using the confectioners blend. Since I rarely use large amounts of a sugar replacement, I wanted to kill two birds with one stone and be able to use Swerve for both baking and icings/frostings. If you’re going to be using larger amounts of Swerve, like in full-sized cakes, you’ll probably want to get the granular version.

Outside of the sweeteners, the only other thing I’ll add is that I’m convinced you can swap apple sauce for canned pumpkin and vice versa in any of my microwavable protein recipes with very minimal texture differences. One obviously is a bit sweeter and has a mild apple taste, but I really can’t tell the difference otherwise. In this recipe, you’ll be using both, but you could easily go 100% one way or the other. 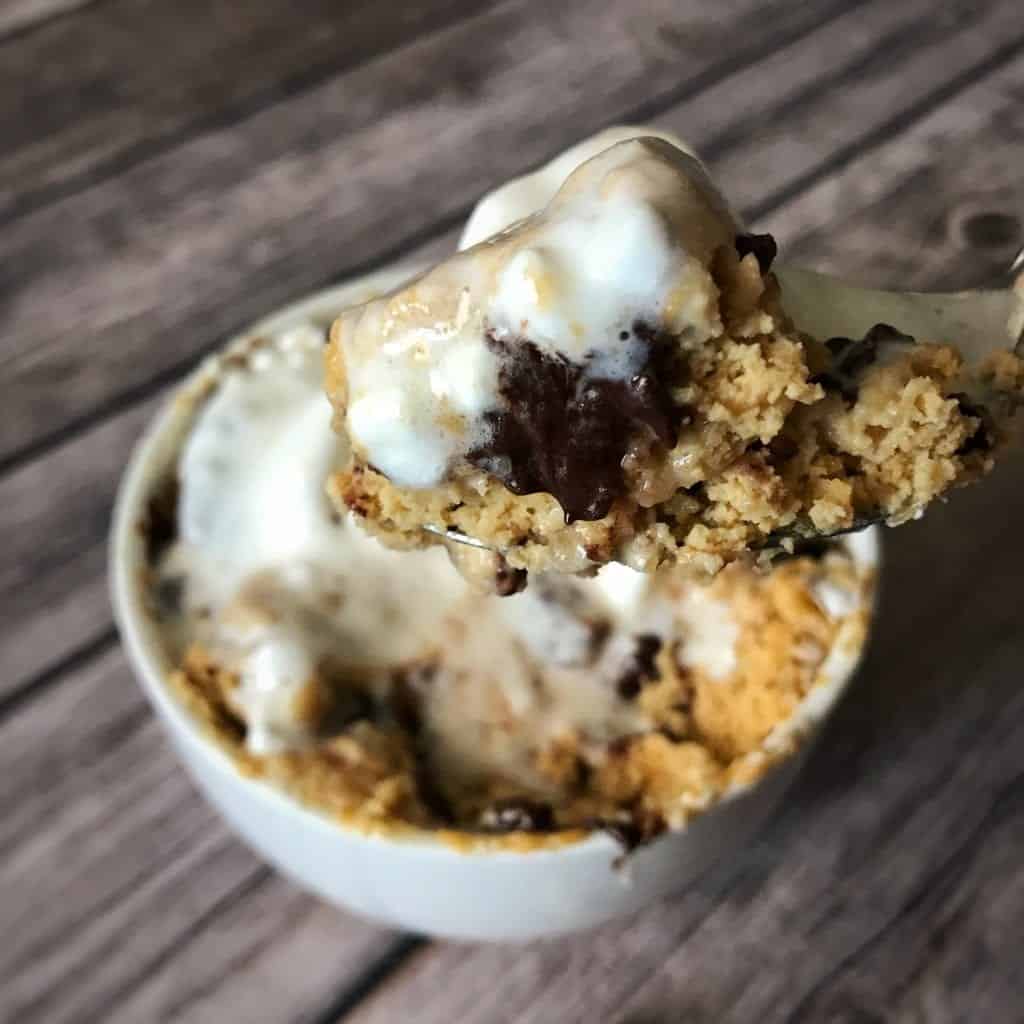 My Choice of Protein Powder

You can use any protein you’d like, but I usually go with Optimum Nutrition Gold Standard Whey and/or Dymatize’s 100% Whey. They’re reputable brands that have been around forever.

The macros in both recipes are with Gold Standard Whey.

I’ll leave you with a final tip for your s’mores protein brownie. The brownie by itself is amazing, but you can really put it over the top with a scoop of ice cream. While I don’t have any qualms with the more expensive brands like Halo Top and Enlightened, many others are now coming out with the healthy or low calorie ice creams. Below you’ll find a few alternatives that are close in calories to some of the higher priced options. 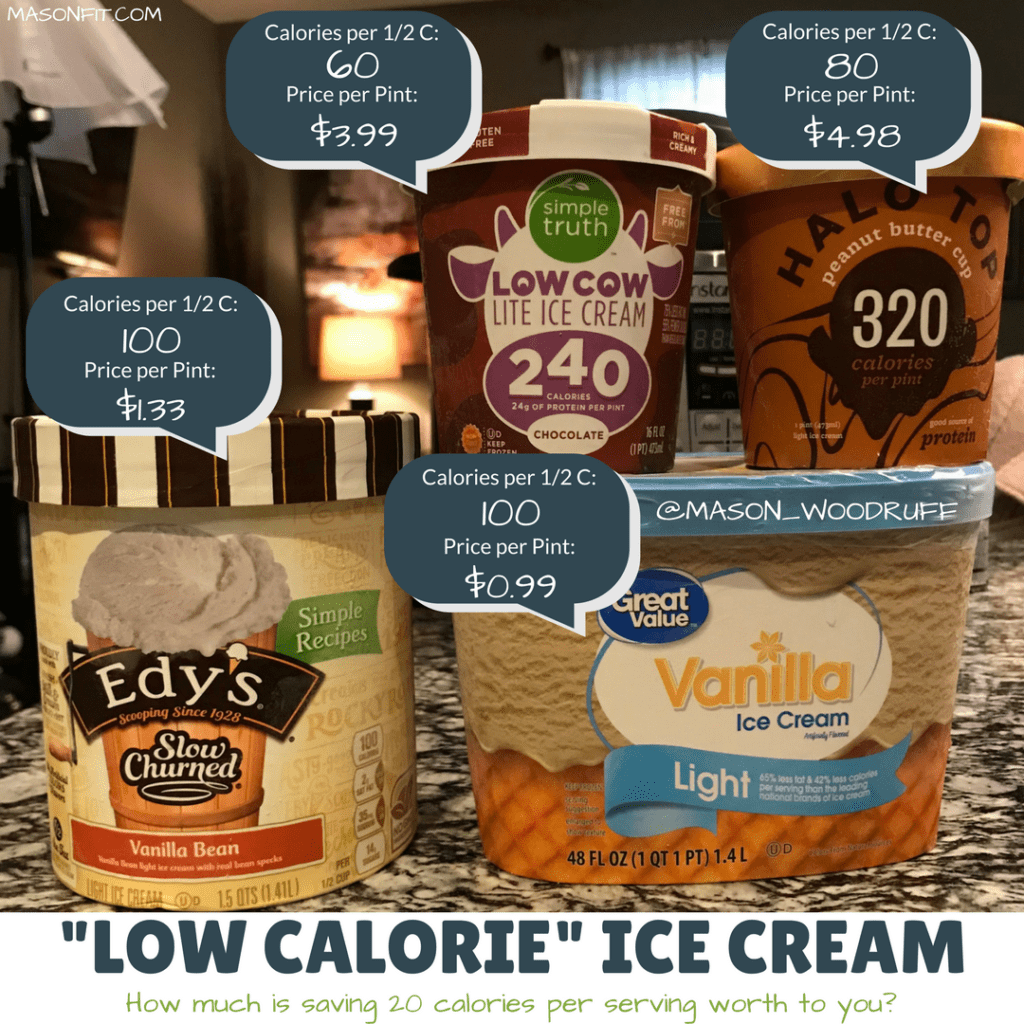 I think that’s all ya need to know. If you make this s’mores mug brownie, let me know how it turns out! Take a snapshot and tag me on Instagram @mason_woodruff or join my free Facebook group and share it with the Proton Party. 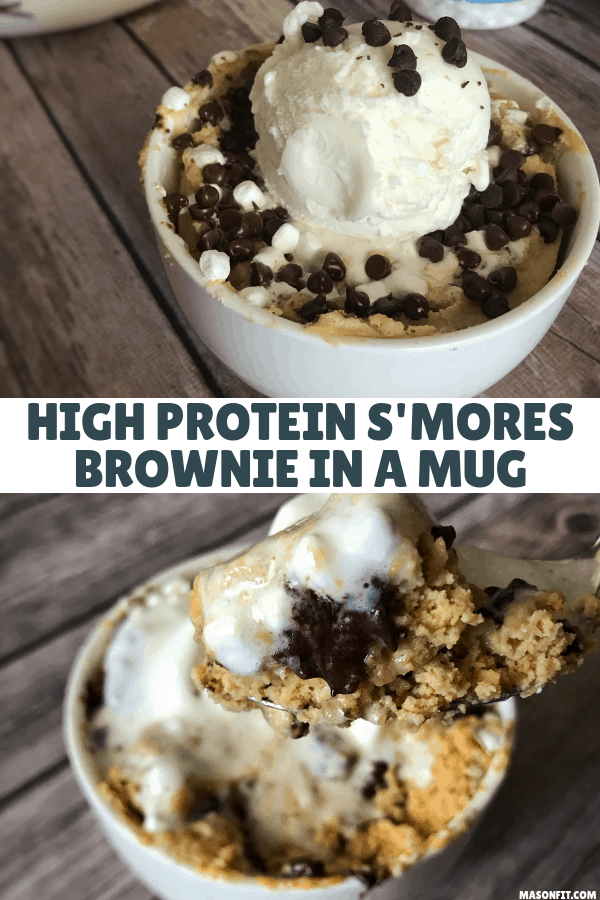 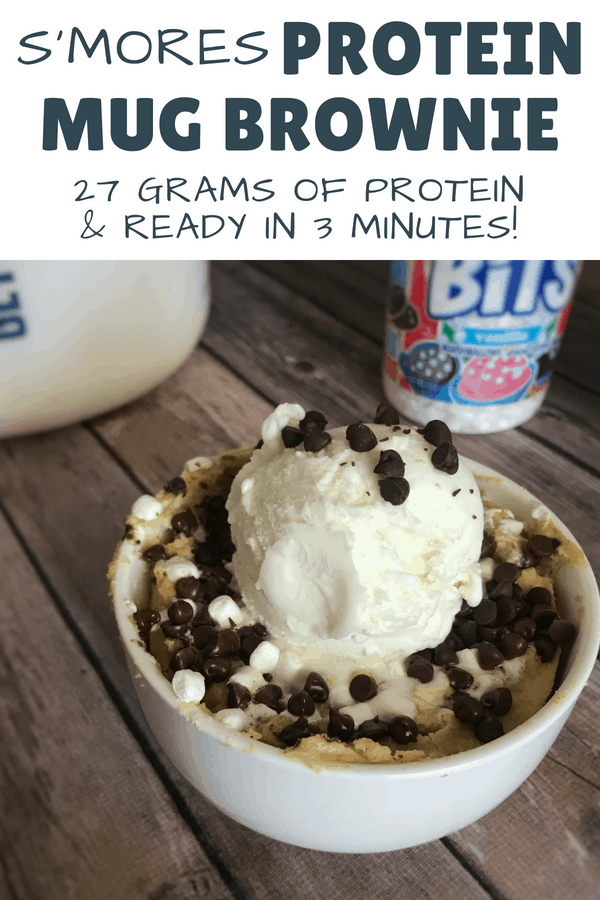 I have tried this mug cake twice now and both times, it is oatmeal consistency. I can’t get it to be cake like. What am I doing wrong?

My bet would be ingredient differences (most likely protein powder). It sounds like you'll need to reduce the wet ingredients.