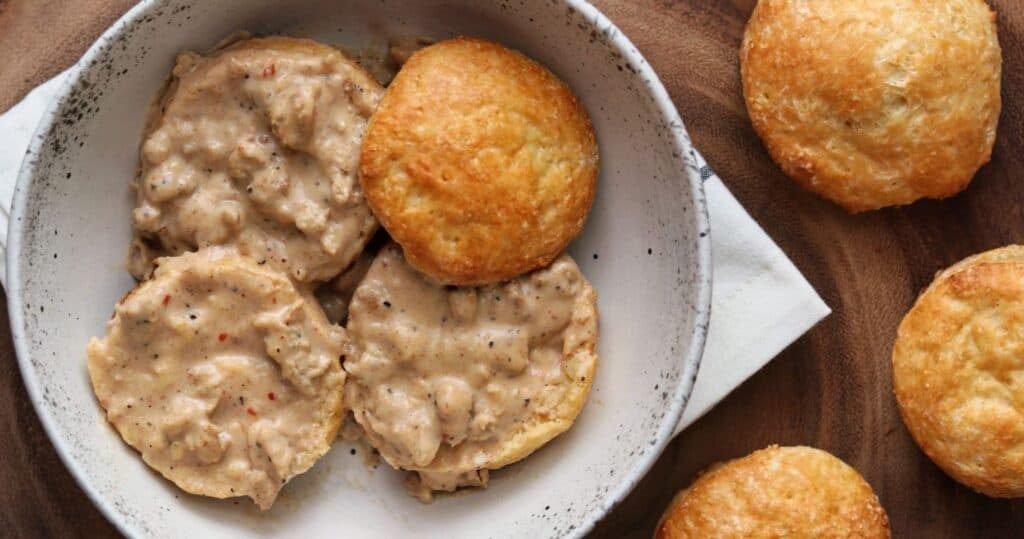 How to Make the Sausage Gravy

If it ain’t broke, don’t fix it, right? My recent recipe for homemade chicken breakfast sausage has been a hit. So instead of making patties, this sausage gravy calls for the same sausage recipe crumbled.

Can I get a yay for zero handling or making patties? 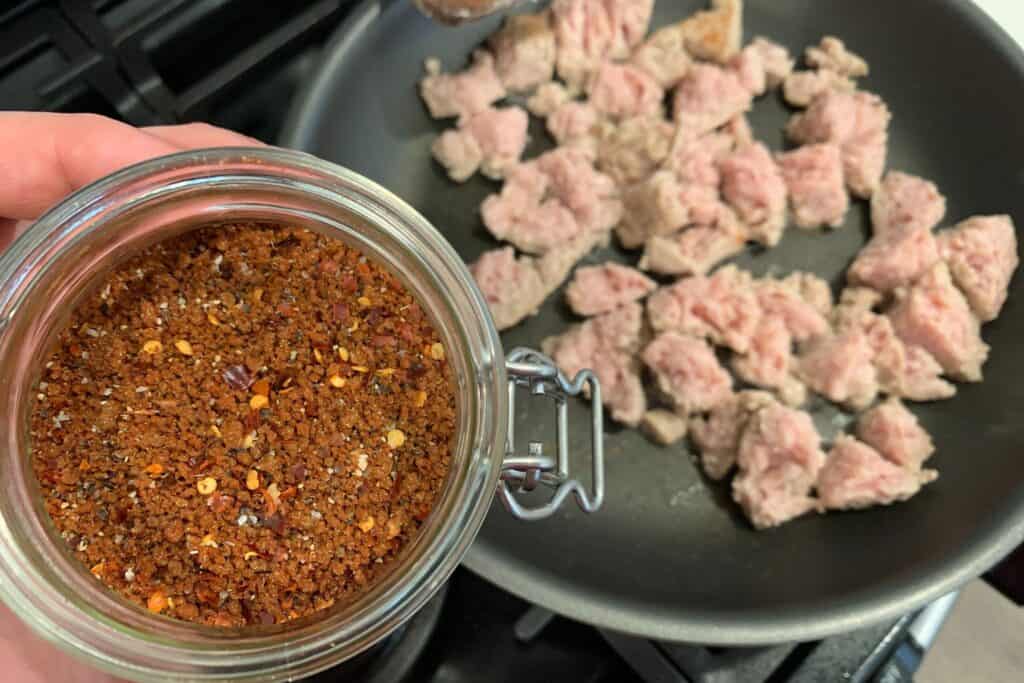 Sausage note: If you don’t want to mix the spices for your own breakfast sausage, you could use reduced fat pork sausage like in my egg and chorizo breakfast casserole or maybe even pre-cooked turkey sausage crumbles like in my breakfast chili.

Aside from the chicken sausage, you’ll only need 4 additional ingredients—light butter, flour, white or black pepper, and skim milk (or any milk). 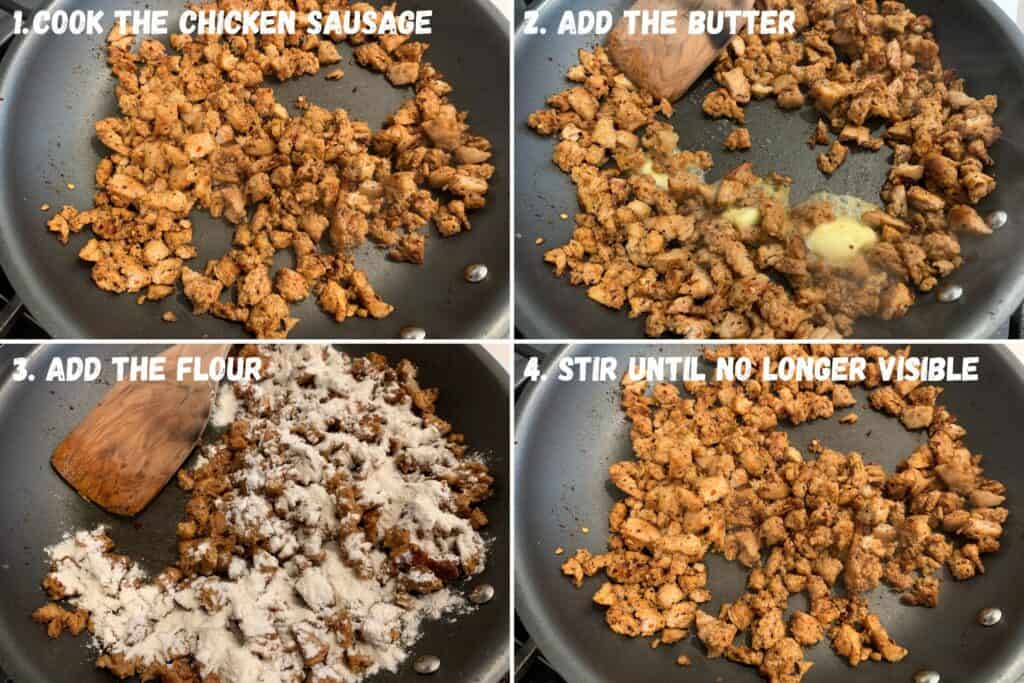 And that’s it. Cook the sausage, stir in the flour and pepper, then add milk and cook until you have thick, super savory healthy sausage gravy! 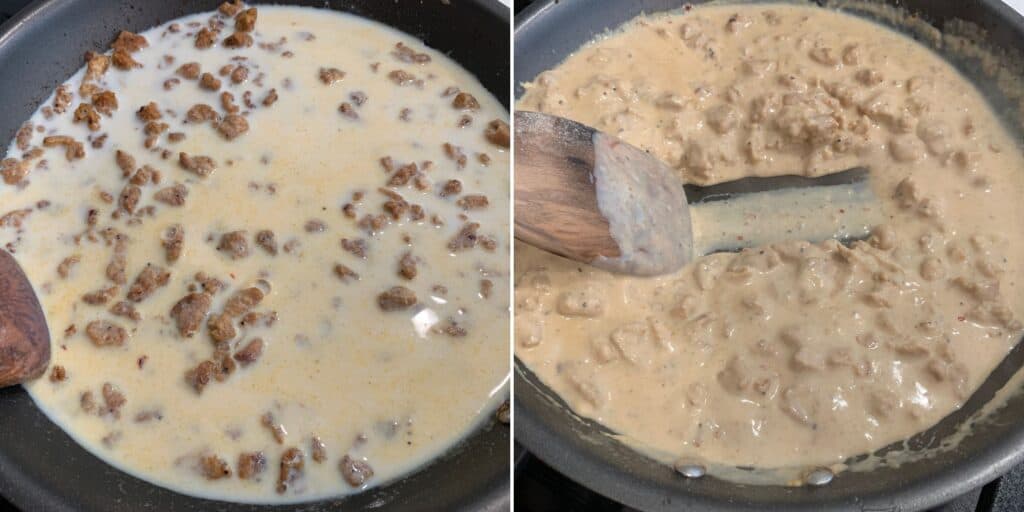 Like I mentioned in the intro, I used my Greek yogurt biscuits recipe to make gravy pillows. They are easy to make, buttery and fluffy, and have just 3 grams of fat each.

If you go the Greek yogurt biscuits route, you may want to double the biscuit recipe to match the amount of gravy this recipe makes. And if you’d rather spend your saved calories on real-deal biscuits, I won’t judge you for it.

And there are always options like the Carbquick biscuits I used in my hot honey oven baked chicken biscuits recipe. 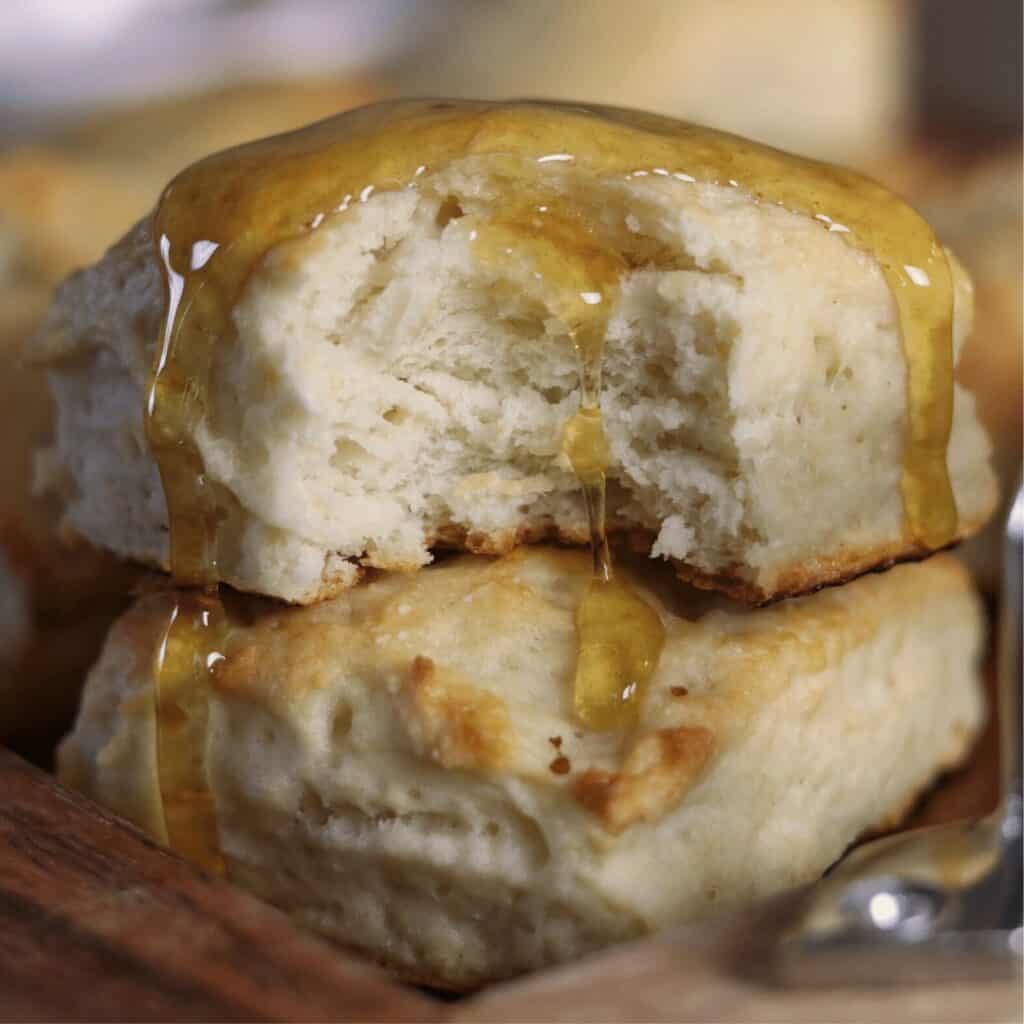 Don’t sweat perfection in this recipe. It’s difficult to mess up.

If your healthy sausage gravy is too thin, keep cooking over a low heat (or add a bit more flour). Or if it’s too thick, add a bit more milk. The gravy will continue to thicken as it cools so keep that in mind when serving.

You can always season later. If you’re sensitive to spice, start with half the amount of pepper and add as needed when the gravy is ready. There’s even some wiggle room with the spices in the breakfast sausage recipe that I covered in the original sausage recipe. 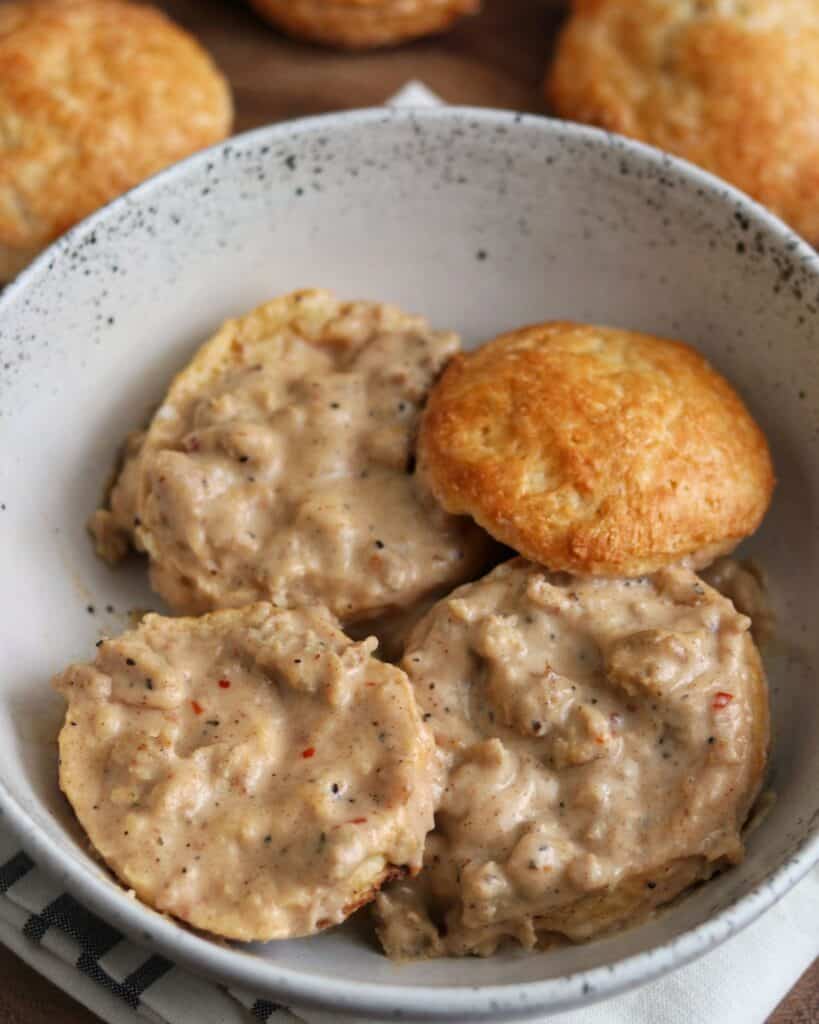 And finally, the 3 primary healthy sausage gravy ingredients have all kinds of wiggle room. Something like whole milk or adding a bit of butter will make the gravy even creamier. On the other hand, something like almond milk will reduce the calories even further but you may not need as much.

The flour acts as a thickener and absorbs any remaining oil and fat in the pan before adding the milk. I haven’t tested any other flours, but my guess is they’d work just fine, too.

What I’m trying to say is, it’s all gravy, baby. Have fun!

For the Breakfast Sausage

*You can use black pepper instead. The recipe originally called for a teaspoon of cajun seasoning, which is another great option.

For a more savory dish, add 1Tbs of sugar instead of two! I find that two makes it very sweet and my guests always comment on that as well. Great recipe though!

This is by far my favorite recipe of yours! Perfect blend of spices and so creamy! I made it for my friend and she loved it.

My first time ever making biscuits and gravy, everyone loved it.

Delicious and just what I was looking for! This seasoning mix is to die for! Thank you!

We have been making this at least a couple of times a month since we found it. My boyfriend- who is usually not into me turning his southern favorites into healthier meals- loved this! The spice level is perfect for me but probably a tab spicy for someone who can’t have too much.