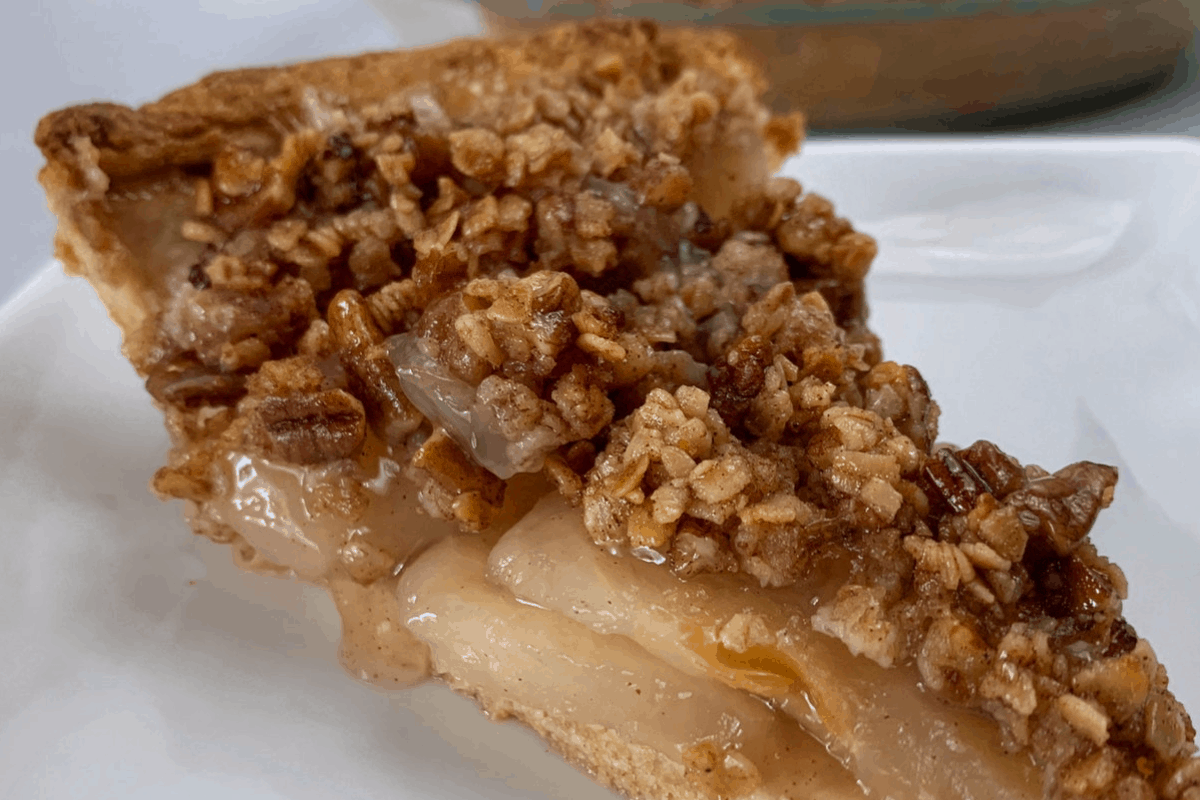 My typical holiday nutrition advice is to enjoy time with family and set nutrition and fitness goals aside for a day. But if you did want to bring a healthy holiday dessert to your next get together, this apple pie crisp would be an excellent choice. I’m confident it will stop any and all ridicule from your crazy aunt for your healthy lifestyle.

This apple crisp pie is similar to my easy peach crisp in the sense it’s another lower protein, lower calorie recipe. So if you’re looking for a high protein apple pie, you may be slightly disappointed to see each slice only has 10 grams of protein. But hey, you could always whip up some protein fluff for a topping! 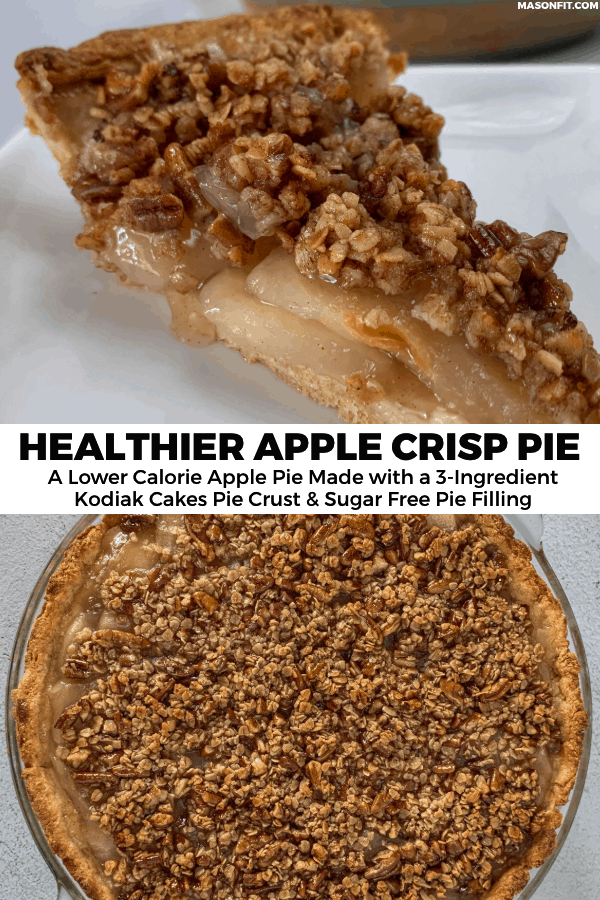 I like to think this is one of the easiest homemade apple pie recipes you’ll come across. At least where you’re making your own dough. The ingredient list is on the shorter side, but I’ll run through a few notes and potential ingredient modifications below.

The pie crust for the apple crisp pie was inspired by my everything bagel protein Pop Tarts, which use Kodiak Cakes Power Cakes to create a quick and easy pastry dough. For this pie crust, I added a bit of light butter in addition to Greek yogurt to lend a bit more moisture over a longer bake.

It’s super easy to make. Simply add the Kodiak Cakes, butter, and Greek yogurt to a bowl, mix ’em up, roll the dough out, and put in a pie dish.

If that’s too much effort for you, I ain’t mad at it. Try using a reduced fat graham cracker crust. You’ll lose some protein and fiber, but the calories won’t be too far off. 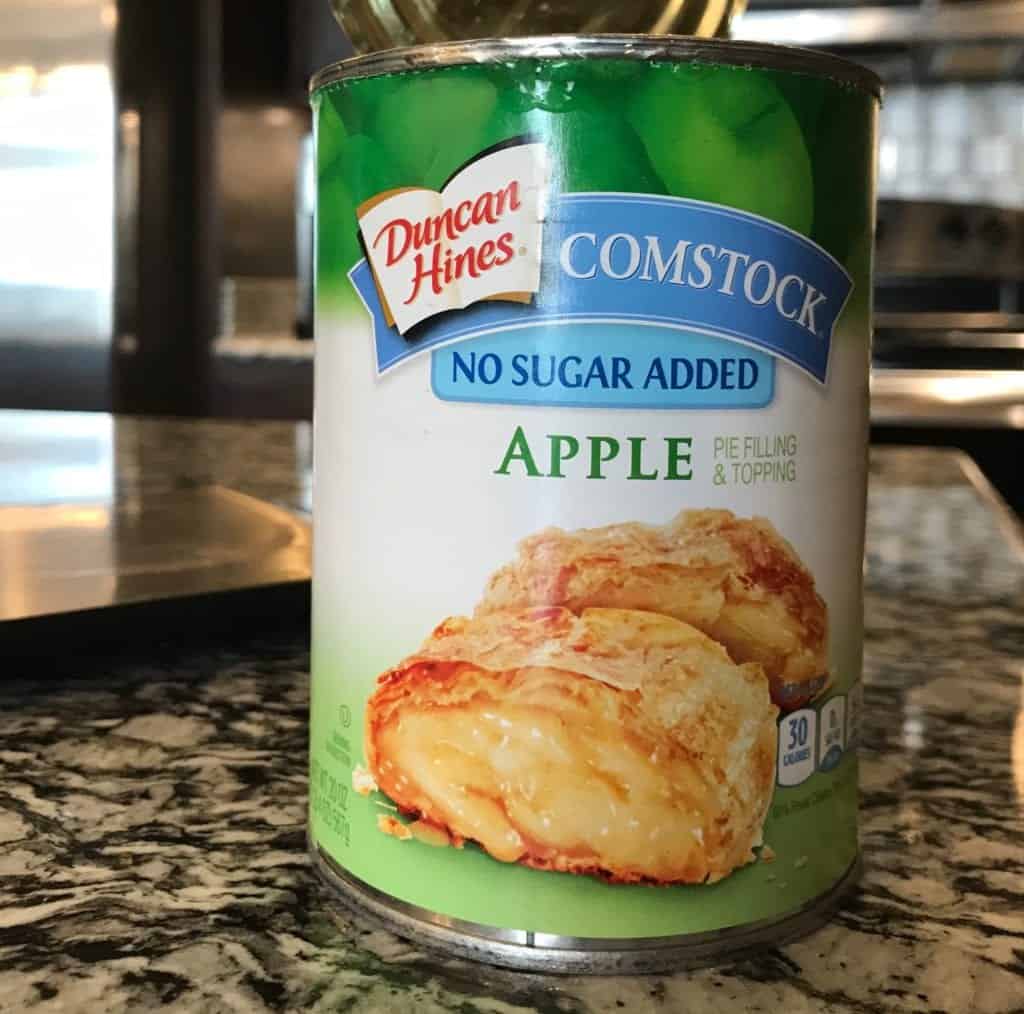 If you wanted to make your own, here’s a recipe for sugar free apple pie filling from Lauren over at Oatmeal with a Fork.

Here are a few potential modifications for the crisp topping: 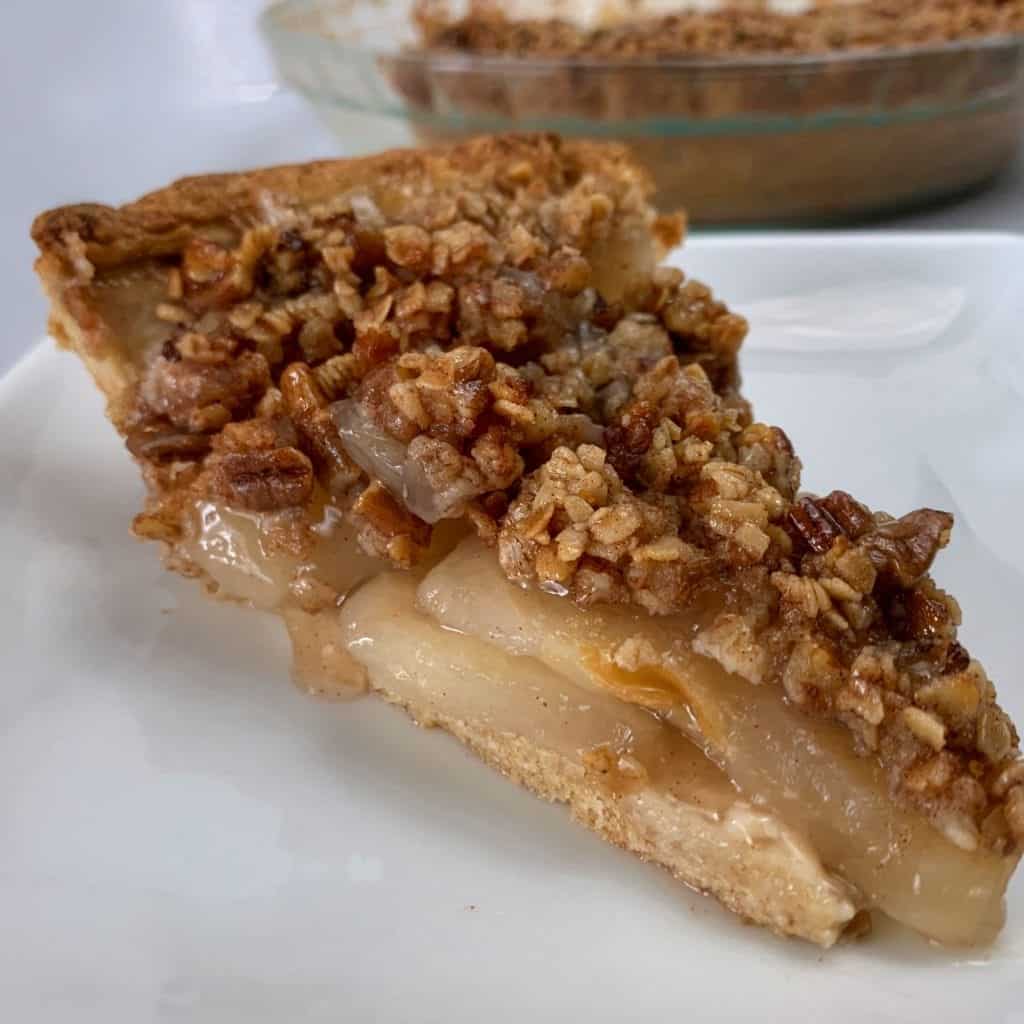 Bonus note for a lattice or crust topping: On my first trial run with this recipe, I used an extra 1/2 cup of Kodiak Cakes and 1/4 cup of butter in the dough. This left me with extra to use on top. If you wanted to make a lattice or crust for the top of your apple pie instead of the crisp, here ya go!

I topped mine with a bit of fat free whipped topping because I didn’t have any ice cream on hand. If you’ve never had the Slow Churned Vanilla Bean from Edy’s, you have to track some down and put it on top of this apple crisp pie. You’ll never eat schmalo flop or those other low cal ice cream pretenders again. 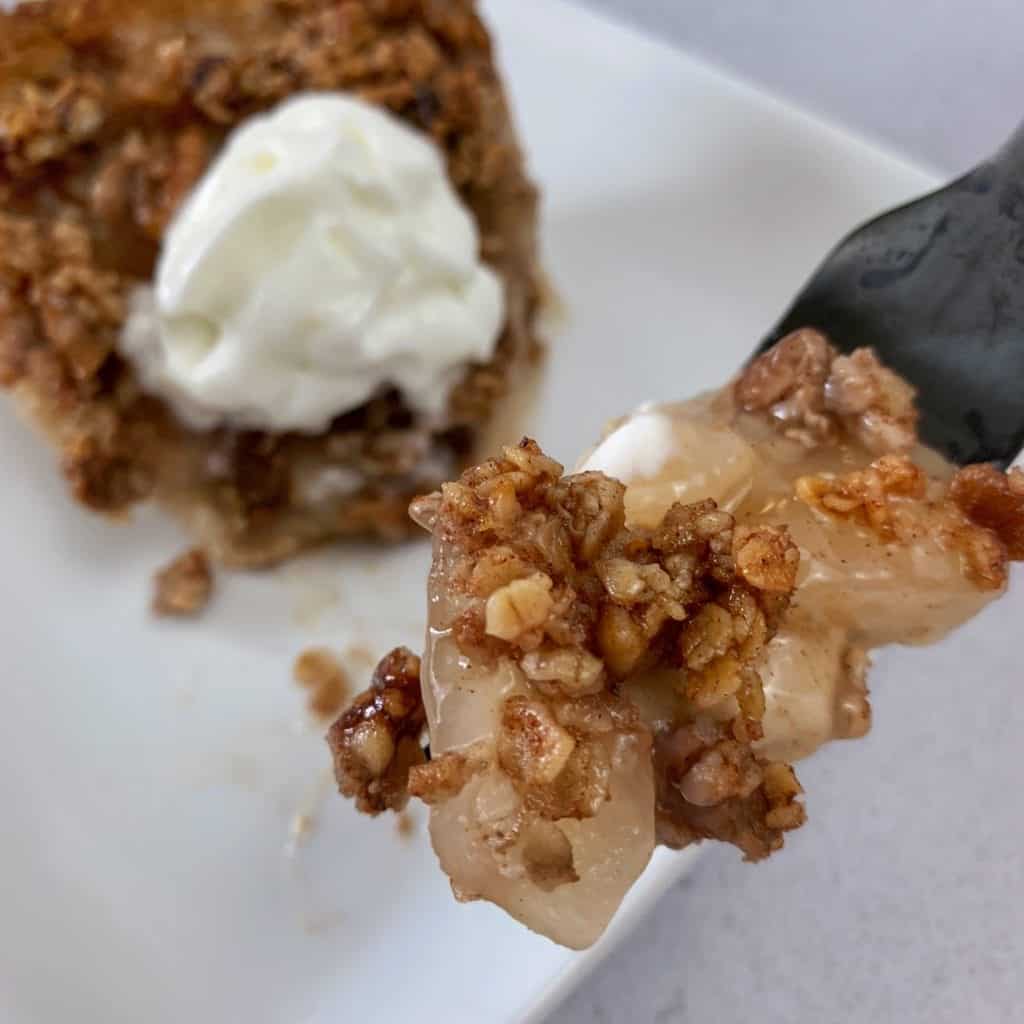 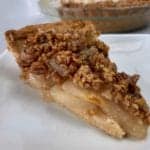 My apple pie protein donuts use the same apple pie filling and have 12 grams of protein per donut. 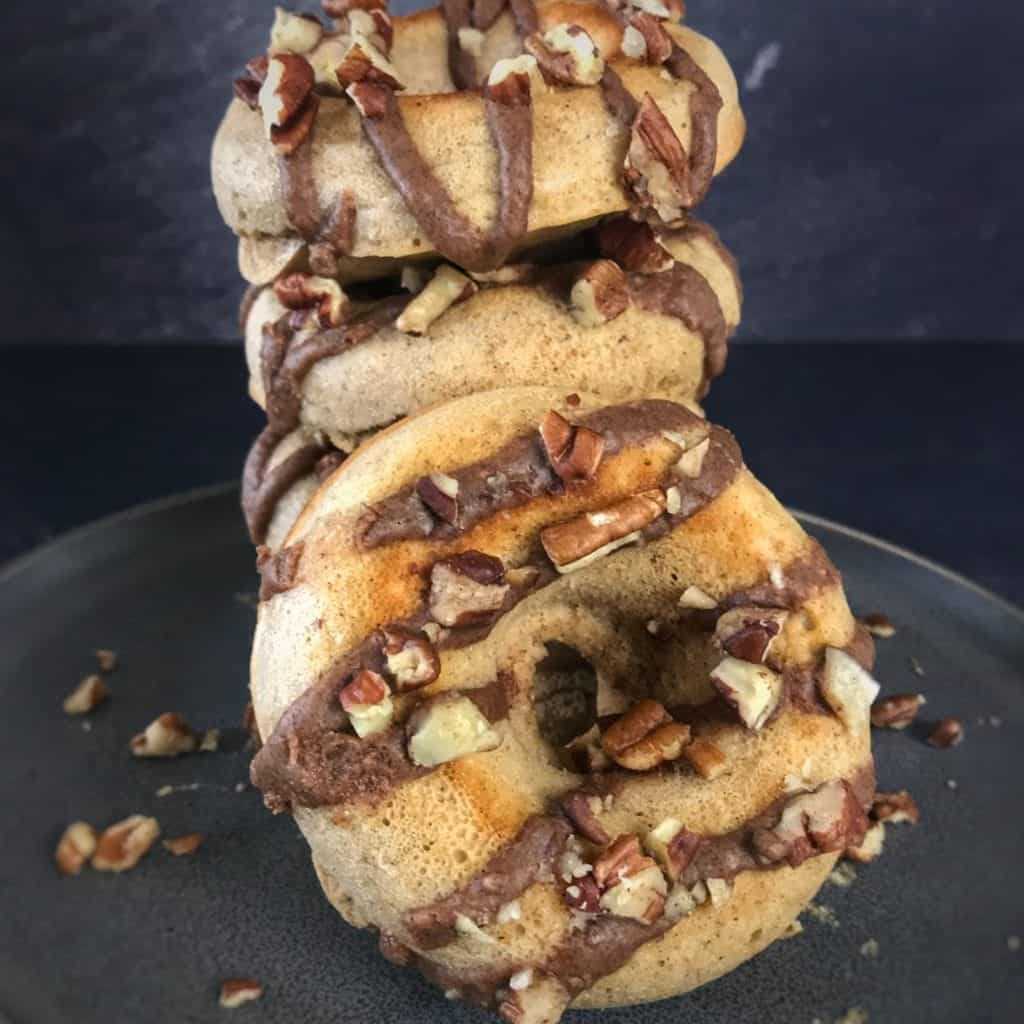 And my apple pie baked oatmeal cups are a lower calorie option with just 103 calories each. 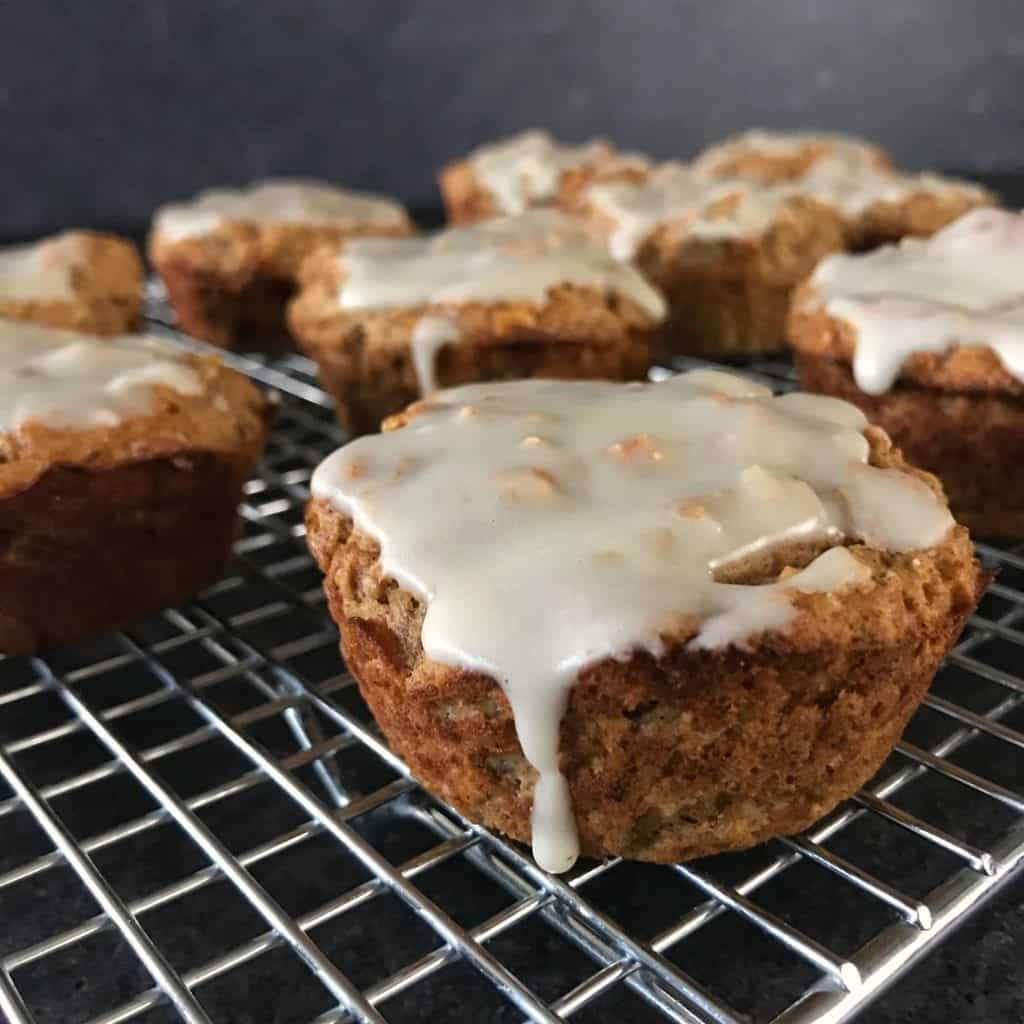