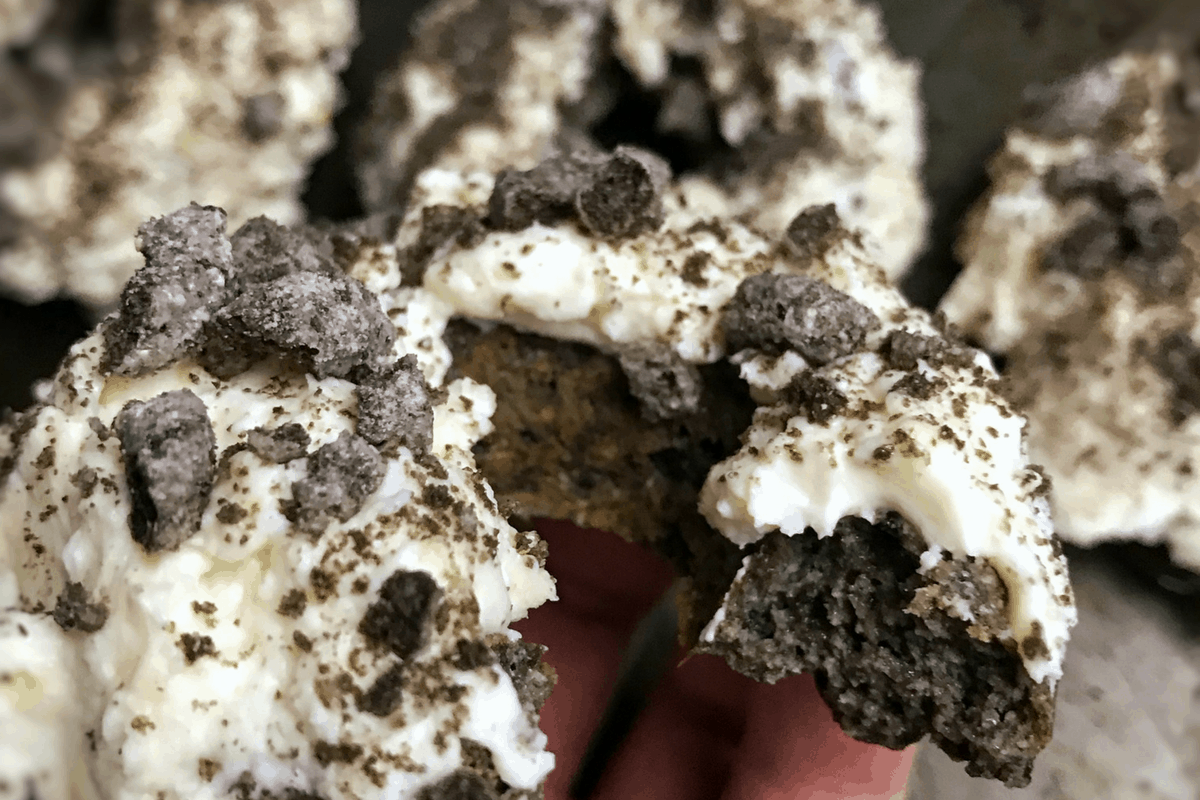 These Oreo cheesecake protein donuts are long overdue. For every 10 recipe requests I receive, I feel like 8 of them are for an Oreos-themed recipe. Despite the demand, this is the first recipe I’ve made with Oreos. Why have I put it off for so long?

Because Oreos are a trigger food for me. I can seriously eat an entire container of Oreos in one sitting. We’re not talking one sleeve. No, I mean the entire container. That’s 2,400 calories worth of regular Oreos, in case you’re wondering. Alas, the show must go on. I’m pleased to say that I found a workaround for my Oreo addiction for this recipe, and it’s in the form of Oreo O’s cereal.

All jokes aside, removing trigger foods from your home can be an easy-ish step to greatly improve your nutrition and health. If you think eating an entire box of Oreo O’s is in the realm of possibility, this recipe might not be a good idea for you. In that scenario, going with an option like my double chocolate protein donuts might be the better option. 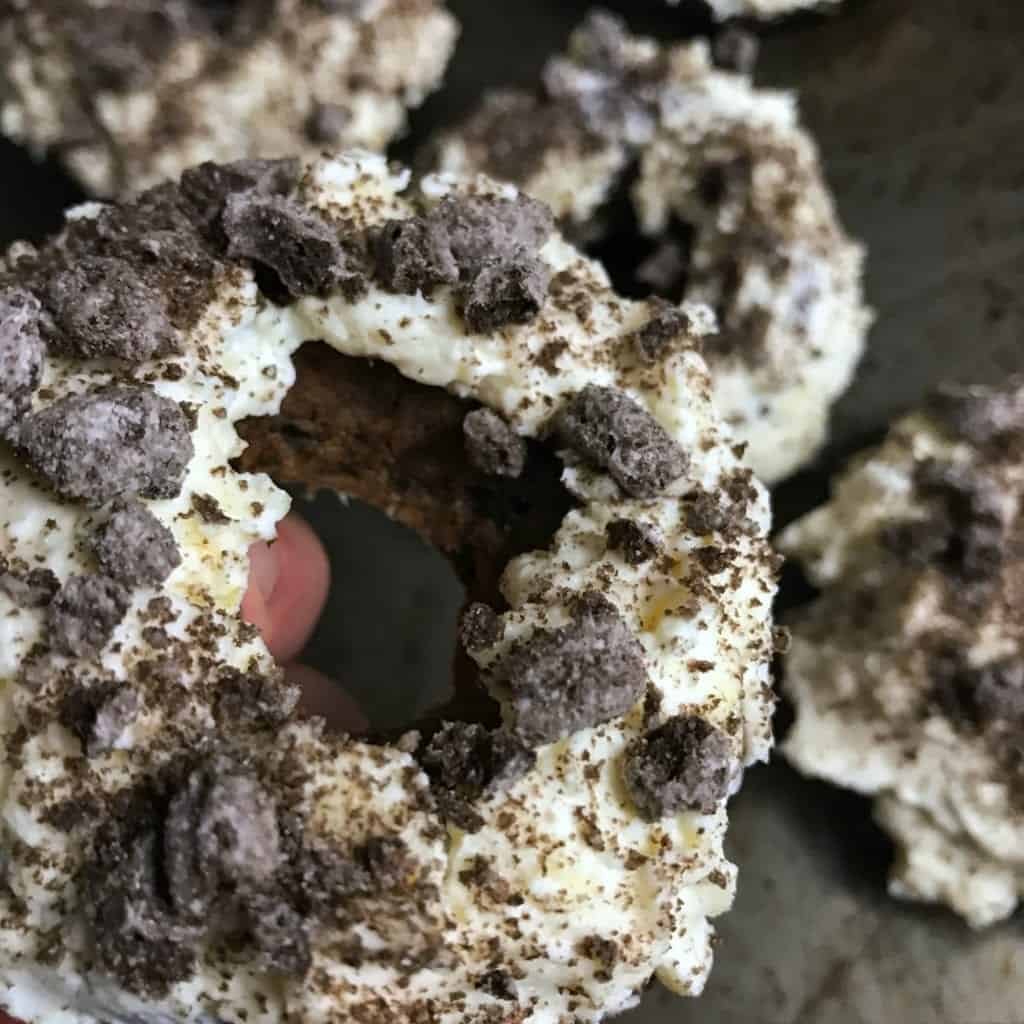 A core ingredient for these donuts will be Oreo O’s cereal. If you can’t find the cereal, you can use reduced-fat Oreos gram for gram. If you go this route, you may need to adjust the liquid ingredients slightly.

In my other cereal-based donuts, I used plain fat-free Greek yogurt and sweetened it with stevia or left it plain. I decided to use vanilla flavored Greek yogurt for this recipe and really enjoyed it. You can definitely use plain and sweeten it with your choice of sweetener, but pre-flavored works well with this recipe.

If you have questions about coconut flour substitutions, you can read more about it in the ingredients section of my Cinnamon Toast Crunch Protein Donuts recipe.

As far as kitchen tools go, you’ll need a donut pan and food processor or blender to crush the Oreo O’s and for the powdered sugar replacement to make the donut glaze. Any donut pan will do, but you can get the one I use on Amazon here, and you can get the food processor I use here. Both are more than affordable and great additions to your cooking arsenal. 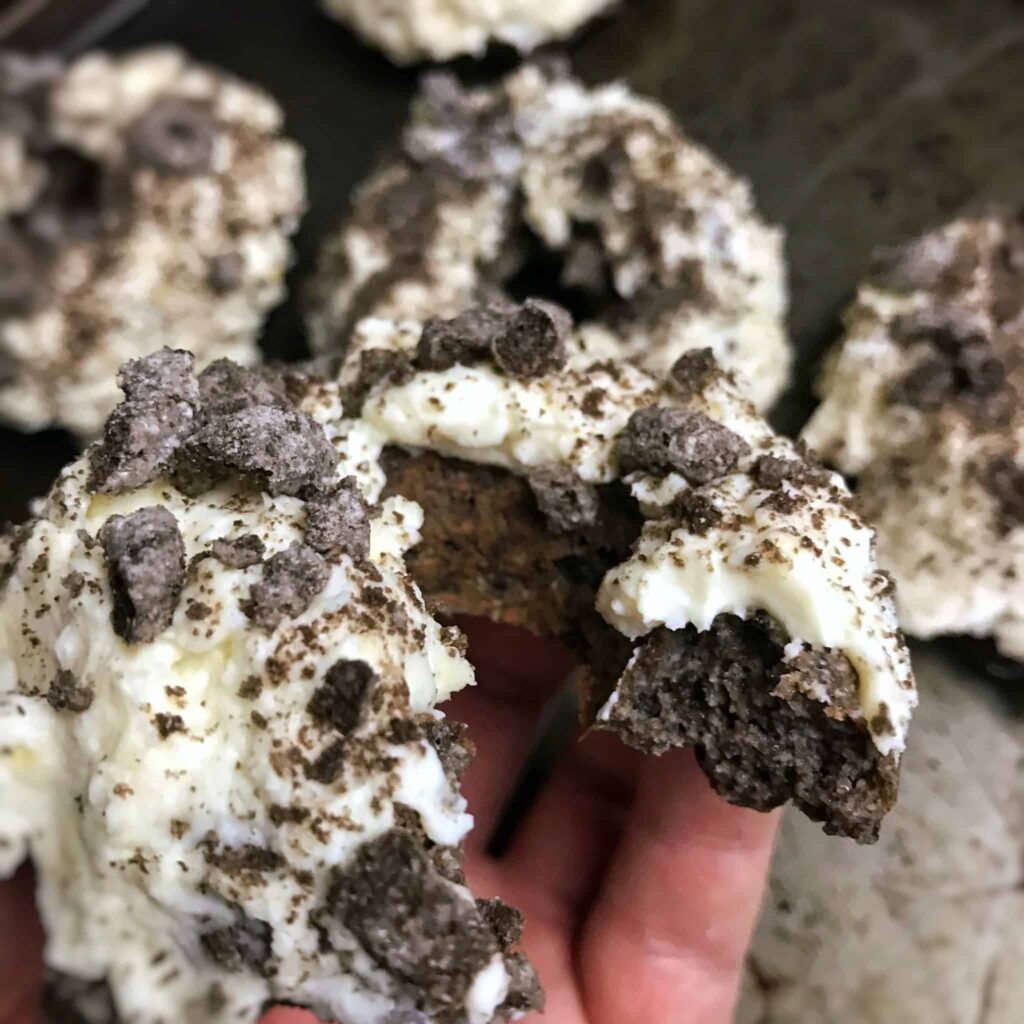 Compared to the rest of the protein donuts on my blog, these are a bit higher in carbs. Oreos are so delicious for good reason, ya know? In the recipe notes, I’ve included the macros for the donuts without the topping and an alternate sugar free glaze topping. Here’s how they stack up:

The sugar free glaze is the same I used for my Cap’n Crunch Berries and Cinnamon Toast Crunch protein donuts. I’ll include the recipe and instructions below, if you’d like to try a lower carb Oreo glazed protein donut.

I’ve tried a ton of donut glazes and frostings in my other protein donut recipes. The frosting for my s’mores protein donuts came the closest to a true glazed donut since the real melted chocolate could harden when cooled, but it still lacked one ingredient—powdered sugar.

The problem with powdered sugar, however, is that it’s an ultra-concentrated source of calories that adds up fast. So, I’ve been playing around with a sugar-free powdered sugar alternative, and I think I’ve got it down.

To make the donut glaze, blend the dry ingredients for 30-60 seconds. You can hand mix, but I’ve found it doesn’t reach the same level of powedered sugar-ness. Once you’ve got your powdered sugar replacement, simply mix with your choice of milk and stir. Pour or spoon the glaze on top of the donuts and give them 1-2 minutes to set. 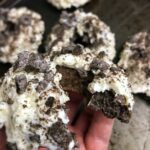 Oreo protein donuts with a cheesecake frosting and more than 10 grams of protein each. 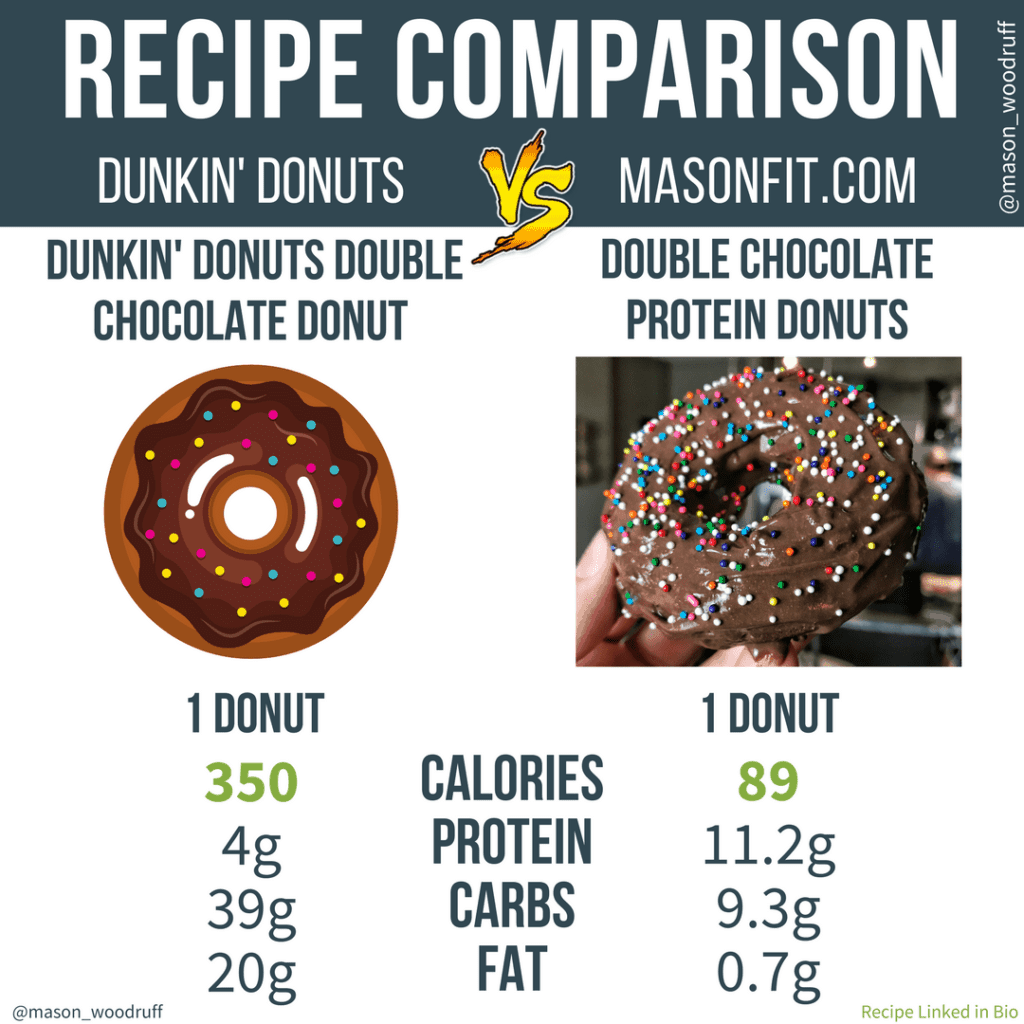 If you make any protein donuts or any of my recipes, I want to see your creation on Instagram. It’s my favorite place to share recipe re-creations with other readers. And seeing recipes in action puts a smile on my face in a major way. 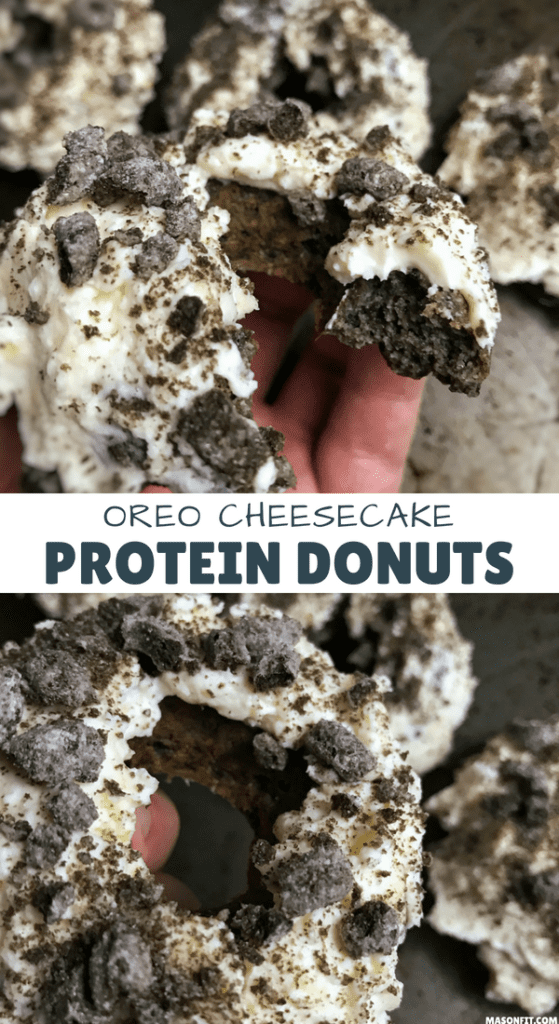