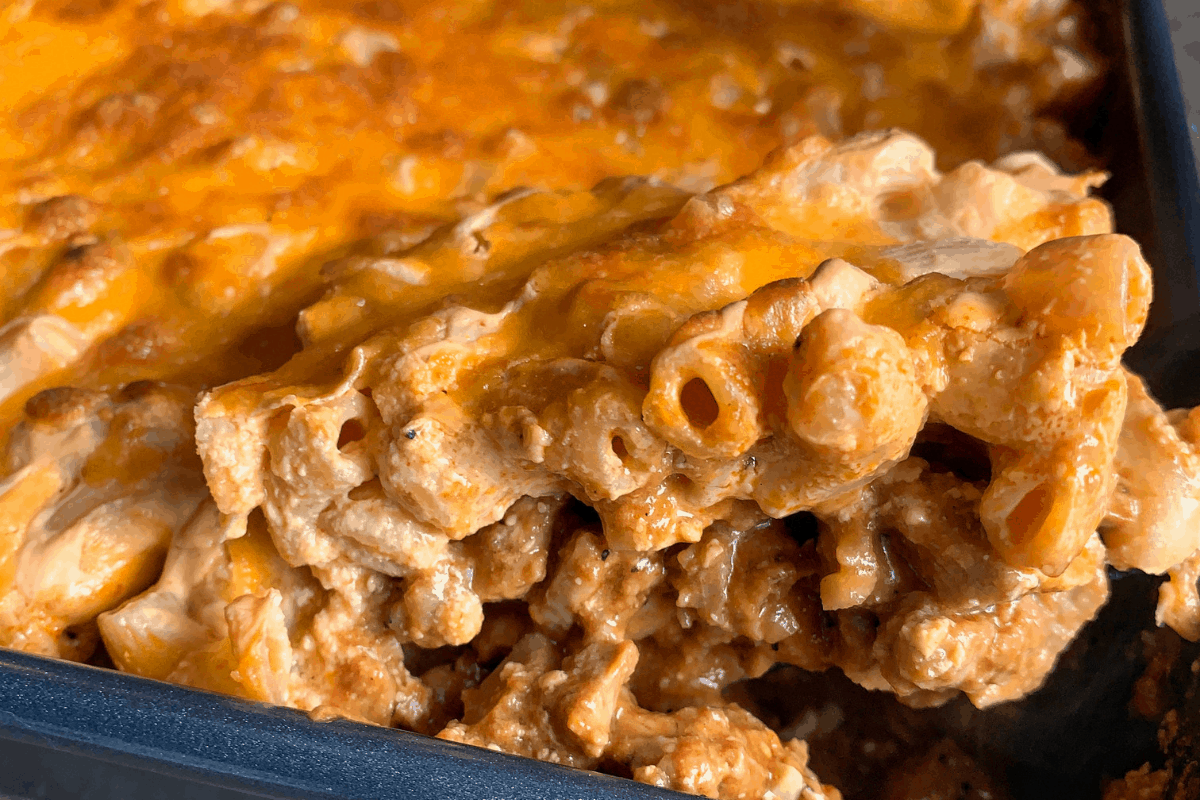 I’ve made lots of low calorie mac and cheese recipes because, well, duh. But smothering juicy, tender bbq crockpot pork tenderloin in mac and cheese and baking with a layer of melted cheddar on top really takes things to another level.

At first glance, this recipe may look a bit longer than my typical fare. An impasta, if you will.

Have no fear, though, it’s really two recipes in one. They’re both super simple on their own and customizable as always. 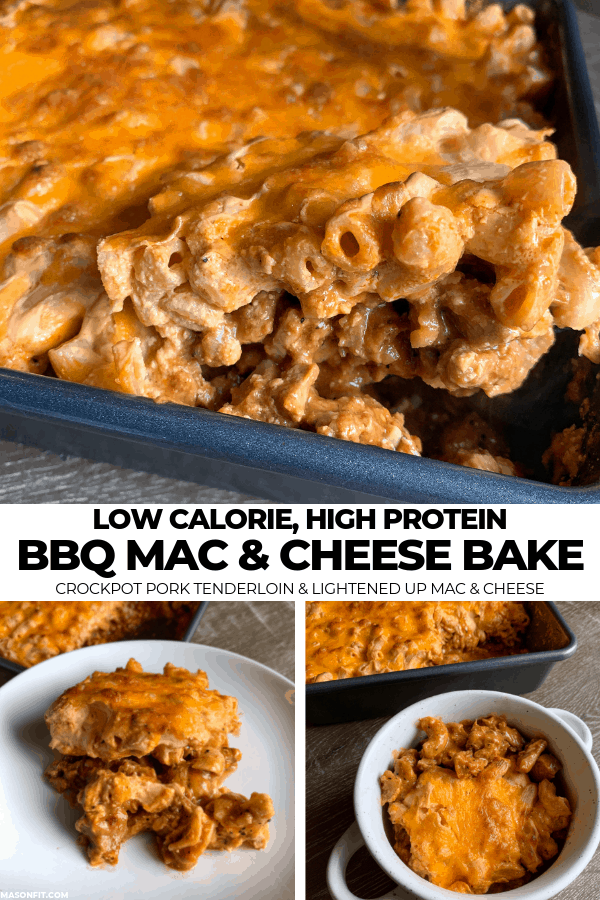 If I had to describe this BBQ sauce, it would be my Carolina BBQ Crockpot Shredded Chicken recipe combined with a bit of Memphis-style BBQ flavor. There’s added sweetness and the tomato-based sauce you’d expect.

Here’s a look at what you’ll need aside from two pounds of pork tenderloin:

And a handful of dry ingredients:

The BBQ pork tenderloin itself is crazy simple. Just mix everything together and throw in a slow cooker for about two hours. Then pull, shred, or chop (my choice for this recipe) and add it to some mac and cheese. You’ll be flyin’ high!

I mentioned that I’ve made tons of mac and cheese recipes, but I’m 95% positive this is the best one to date. Here’s what you’ll need:

And to make it extra cheesy:

What is cheddar powder?

Cheddar powder is essentially dehydrated cheddar cheese that can be reconstituted to make cheese sauces like you see with the cheese dipping sauce or used as a dry seasoning on popcorn or fries (like my nacho fries). 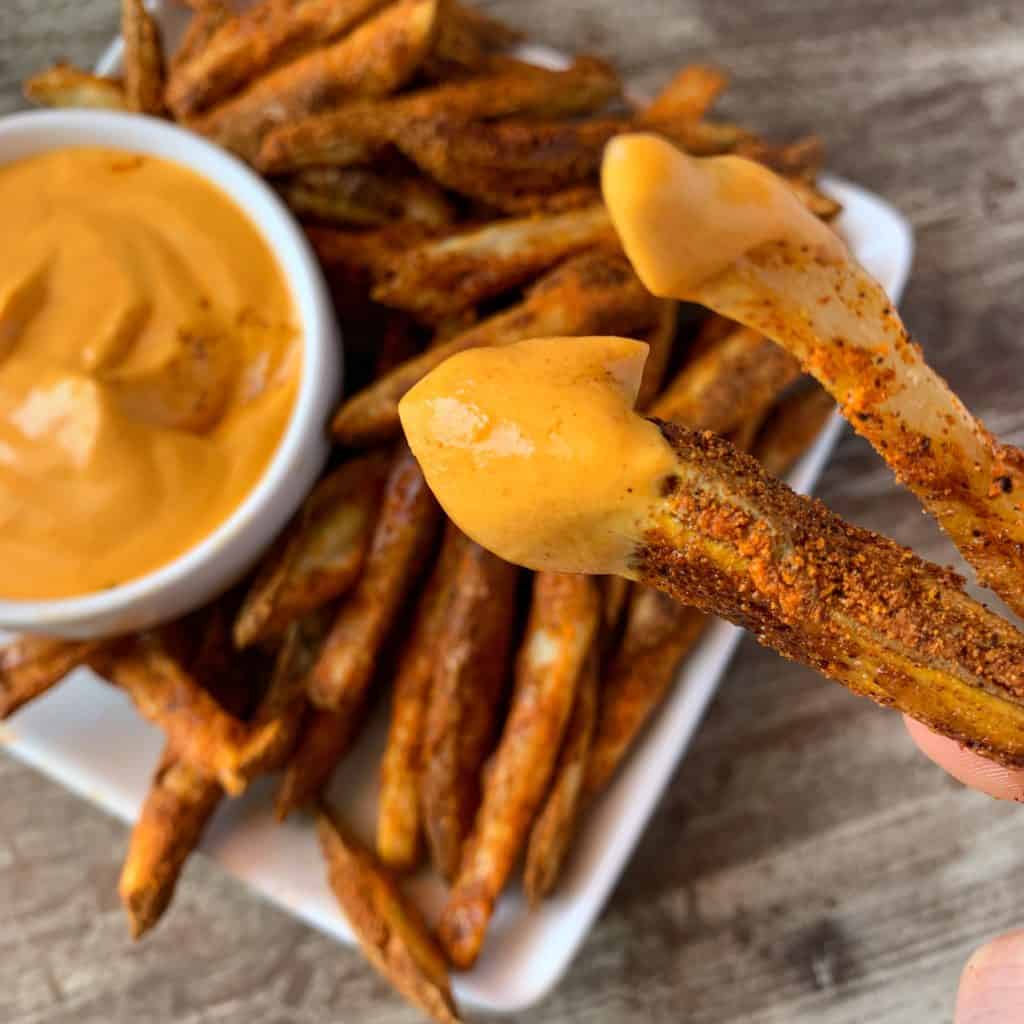 You may have to hunt this product down in stores so I order online. You can find what I use on my Amazon shopping list, if you’re interested.

Since there are technically two recipes here, you may want to mix and match. I’ve included the nutrition facts for both individual recipes in the recipe card below.

If you’re looking for other protein ideas to pair with the low calorie mac and cheese, check these out: 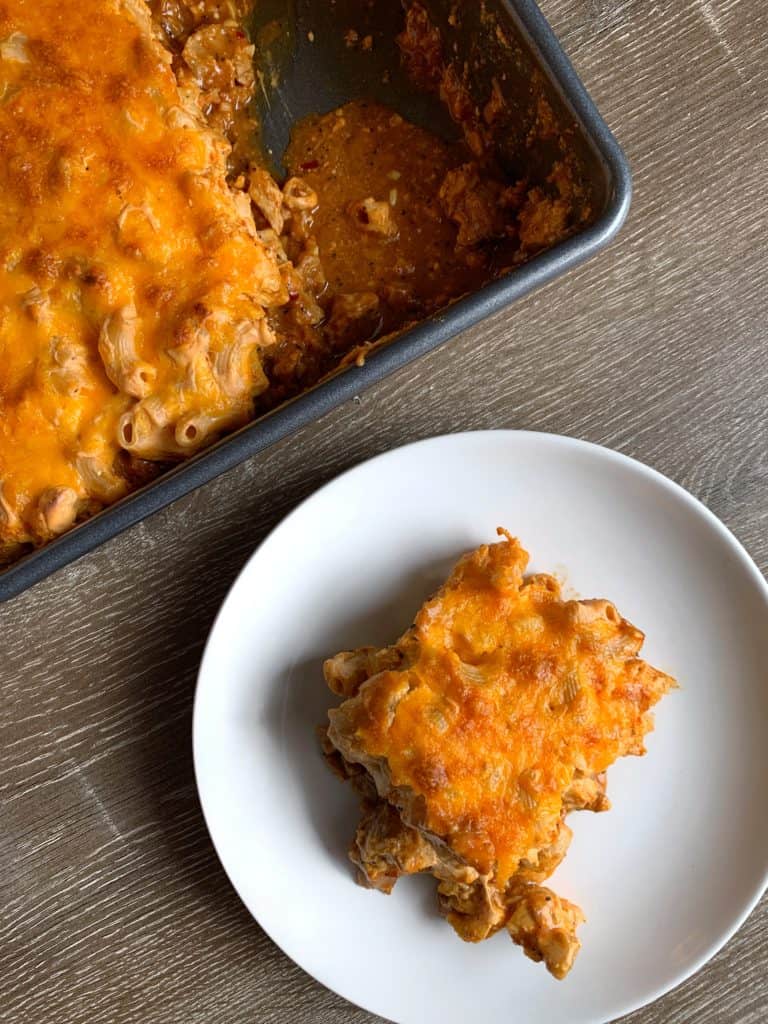 I think that’s about it! Keep in mind, the crockpot pork tenderloin is difficult to mess up. Feel free to tweak the sauce ingredients and as long as you don’t overcook it, you’ll be fine.

The mac and cheese might be a little more difficult to tweak but if you’re looking for other options, I’ll link a few additional recipes below the recipe card.

If you try the crockpot pork tenderloin, low calorie mac and cheese, or both, I wanna know what you think! Grab a pic and tag me on Instagram @mason_woodruff. Or you can join my free Facebook group and share it with the Proton Party. 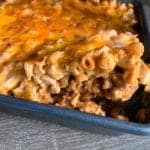 My chicken bacon ranch mac and cheese adds a crisp topping via Corn Flakes and is a reader favorite. 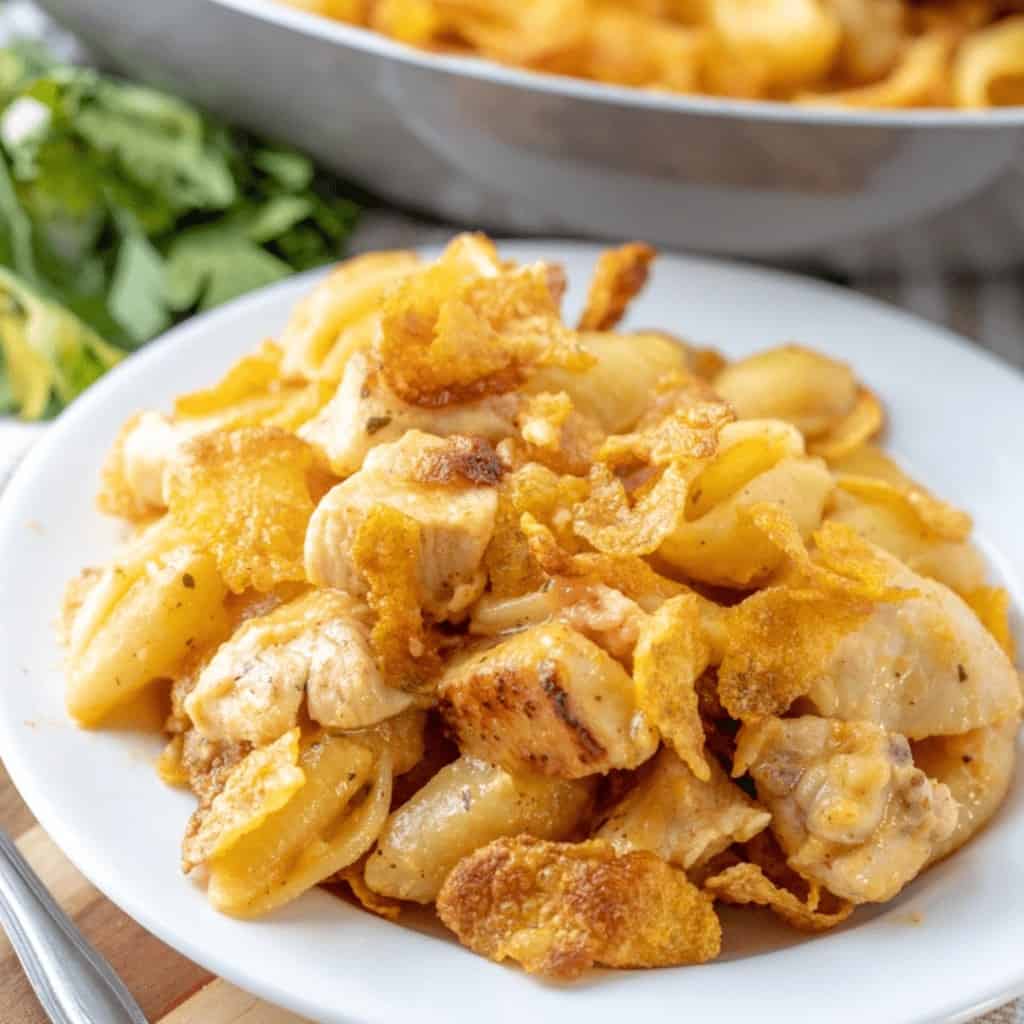 And if you’re looking for something a bit more off the wall, my breakfast mac and cheese adds scrambled eggs and breakfast sausage to classic mac with a crisp topping. 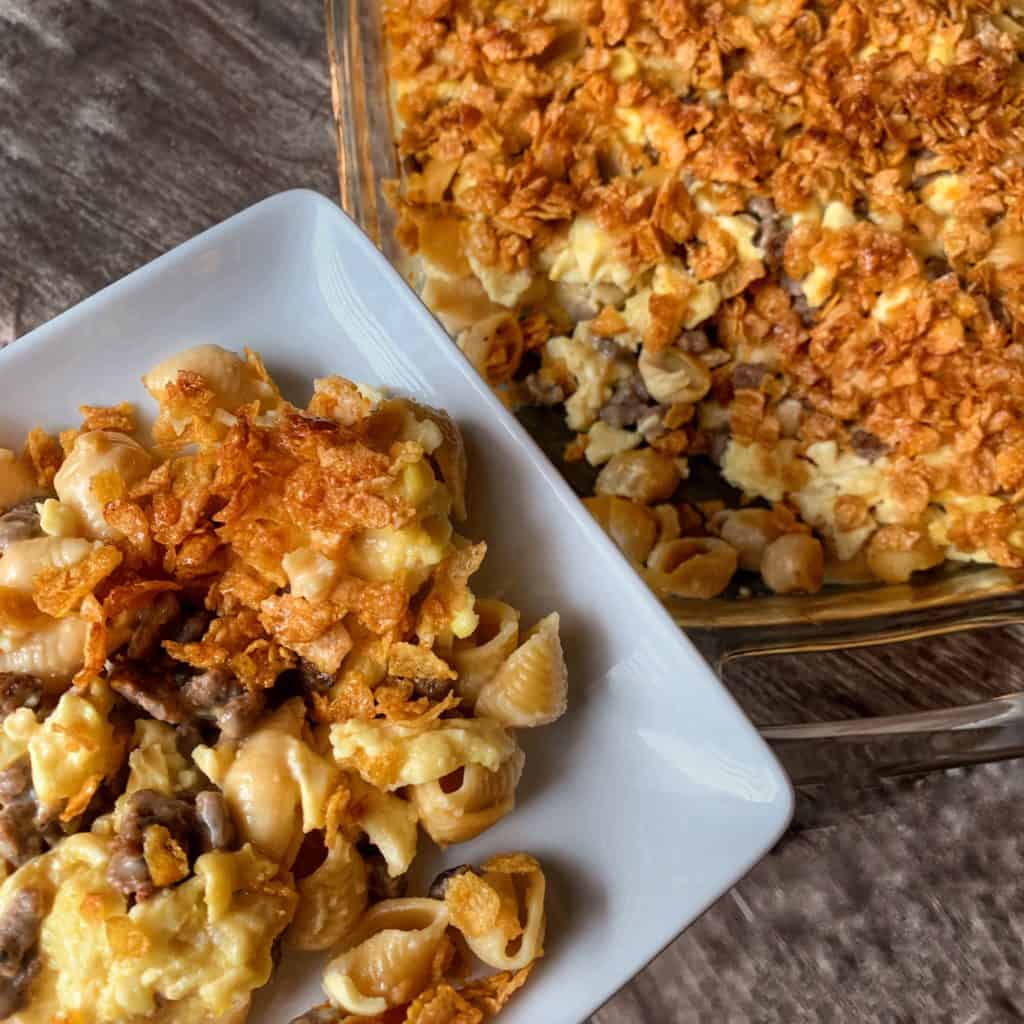